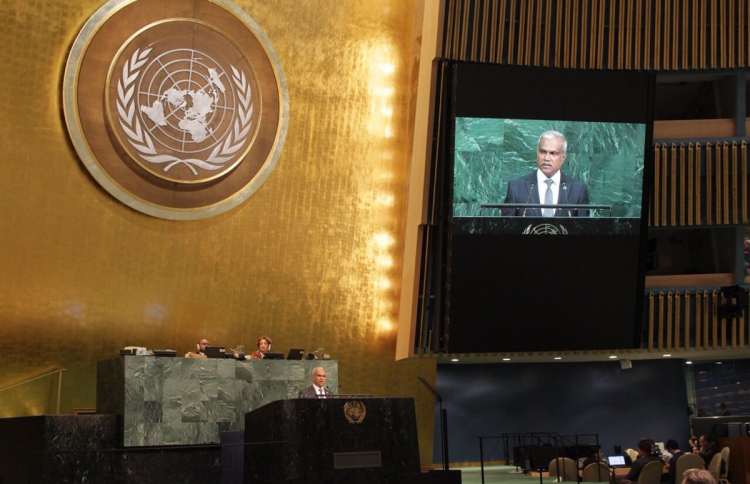 The Maldives voiced concerns at the 72nd General Assembly of the United Nations over the many difficulties faced in acquiring soft loans for developmental projects, which leaves the island nation with no option but to take commercial loans.

In his address at the UN General Assembly on Saturday night, Minister of Foreign Affairs Dr Mohamed Asim highlighted that commercial loans leave the nation in increasing debt.

Noting that the Maldives is still a middle-class country vying for more development and progress, he stressed the importance of foreign investments for the archipelago to advance its economy, industries and create more job opportunities.

The minister went on to declare that the Maldives stands with the persecuted, oppressed and silenced, stating that the member countries of the United Nations must speak on behalf of those unable to do so.