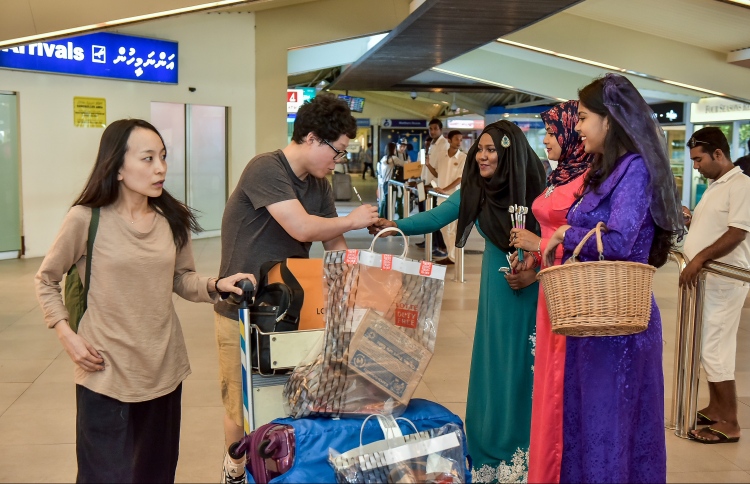 While neighbouring Sri Lanka is struggling to attract higher numbers of tourists, the island archipelago the Maldives attracted 127,986 tourists this October, which was 8.9 percent more tourists compared to a year ago, with keen interest from Europeans.

The European region sourced approximately half of the tourists to the Maldives, increasing 12 percent year-on-year (YoY). The German market had the largest influence in these numbers, with 15,007 tourists arriving, which was an increase of 14.9 percent YoY.

The number of British tourists arriving in the Maldives was flat at 9,173. The Russian traveller numbers increased by 25 percent YoY to 5,485, while 4,898 Italian tourists travelled to the island nation, up 18.8 percent YoY.

From Asia and the Pacific, 57,658 tourists arrived in the Maldives, up 5.7 percent YoY. The single largest market, China, fell by 2.6 percent YoY to 28,689 tourists, although the Indian market increased by 17.7 percent YoY, bringing in 7,414 tourists.

Over the first 10 months of this year, arrivals to the Maldives increased 6 percent YoY to 1.13 million tourists.

Approximately 511,000 tourists each came from Europe and Asia and the Pacific although the former market grew by 10.7 percent YoY for the Maldives, while the latter grew by just 0.9 percent YoY.

The Americas market for the 10 months increased 21.5 percent YoY to 48,563 tourists, while the number of Middle Easterners arriving fell by 3.2 percent YoY to 42,740 tourists.

The occupancy rate at Maldivian establishments fell to 60.3 percent over the first 10 months, compared to 63.4 percent YoY. The average duration of stay of tourists increased to 6.2 days, compared to six days a year ago.

While leading Sri Lankan leisure group Jetwing recently said that for them, it is now too late to enter into the Maldives, many Sri Lankan hotel companies are still investing in properties in the archipelago.

Interestingly, despite the higher arrivals to the Maldives, Sri Lankan leisure giants John Keells Hotels PLC and Aitken Spence Hotel Holdings PLC, which are the largest foreign-owned resort operators in the Maldives, posted lower profits for the first six months of the 2018 financial year from April to end-September in their Maldivian operations.