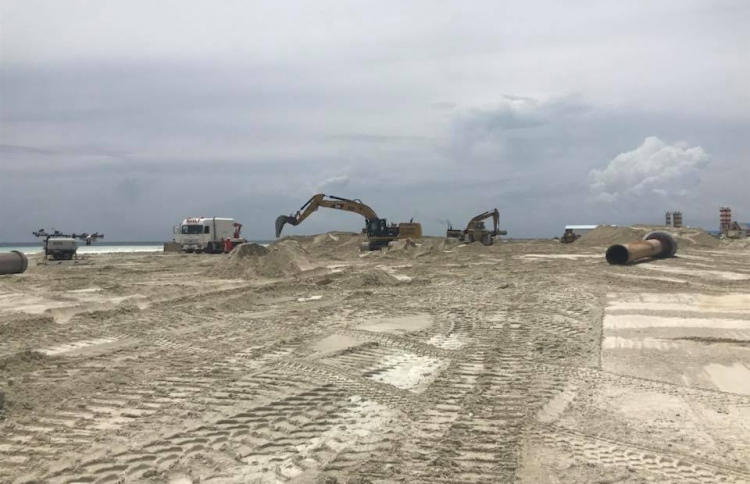 Building of revetments has commenced after completing land reclamation for the development of the link road connecting the main airport island of Hulhule and reclaimed suburb Hulhumale.

According to an HDC official, levelling of the reclaimed area was finished this Tuesday.

“The project is proceeding according to schedule. Now we’re building revetments to protect the reclaimed area,” said the official, adding that the revetments will be completed before the end of October.

Development of the four-kilometre long link road, which is connected to the landmark overwater China-Maldives Friendship Bridge currently being developed between Hulhule and capital Male, was awarded to Hunan Construction Engineering Group of China for USD 24 million (MVR 370 million).

HDC had earlier declared that the newly developed and reinforced four-lane link road will be completed in time for the bridge unveiling in July 2018.