A key witness in the bribery trial of MP Faris Maumoon has alleged attempts to coerce false testimony against the opposition lawmaker.

Ahmed Shafiu, a Jumhooree Party activist, was arrested on July 4, a day after the opposition submitted a no-confidence motion against the parliament speaker. Citing lack of evidence to support alleged bribery of lawmakers, the criminal court released him five days later.

In an overseas interview with Raajje TV aired Thursday night, Shafiu said the police told him shortly after his arrest around 1 am that a family member wished to meet him. “[The family member] was Isdhoo constituency MP Ahmed Rasheed Ibrahim ‘Qari.’ About 15 minutes later, Qari came and talked to me with about eight policemen in the absence of my lawyer,” he alleged.

MP Rasheed was among several ruling party lawmakers who signed the no-confidence motion. After first claiming his signature was forged, Rasheed admitted to signing at the behest of a parental figure before later changing his mind.

“Qari asked me to give a statement against Faris in line with Qari’s statement,” he said.

But he refused to falsely implicate Faris, he added, suggesting that Rasheed was under duress. According to Shafiu, his lawyer was only informed of his arrest after the three-hour interrogation.

MP Rasheed has since categorically denied the allegations, telling Avas that he has asked the police to investigate alleged death threats from Shafiu.

Shafiu also shared screenshots of alleged text messages from MP Rasheed. “Please save Ahmedbe,” reads one message whilst others included an offer to arrange a job with an MVR35,000 salary followed by threats if he failed to comply.

“I believe if I was the intermediary, I should be prosecuted before Faris,” he said, adding that he continues to receive threats and offers to testify.

The state declined to prosecute Shafiu on the bribery charge after the High Court upheld his release over lack of evidence.

Shafiu said he was also present when Rasheed signed the no-confidence motion, which he did in the presence of other witnesses after performing a special prayer. 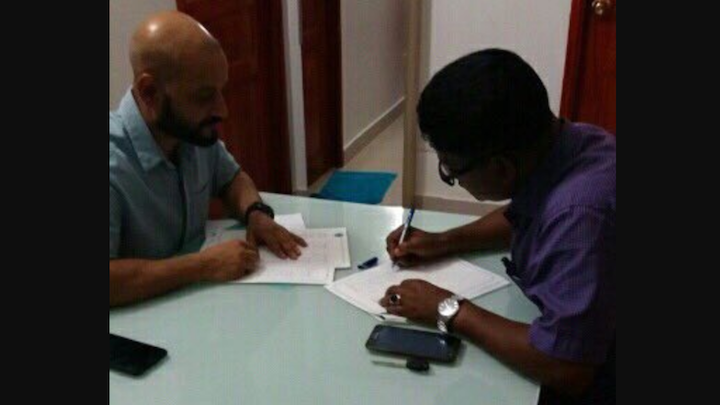 Ten former Progressive Party of Maldives MPs who backed the impeachment have since been contentiously stripped of their seats.

MP Faris, son of former President Maumoon Abdul Gayoom, was leading the push to oust the pro-government speaker when he was arrested in late July. He was detained for the duration of the ongoing bribery trial.

At a preliminary hearing last week, defence counsel challenged the admissibility of a recorded conversation between Shafiu and another individual.

In his interview, Shafiu expressed confidence that the police would not have any incriminatory evidence.

An audio clip, a transcript and testimony of a police officer who analysed the recording were included in the prosecution’s evidence list. During the discovery stage of the trial, defence lawyer Maumoon Hameed argued that the audio should be inadmissible as it was “unlawfully obtained” without a court warrant.

But the state prosecutor contended it should be accepted as it was obtained by police intelligence, adding that the source of such information could not be disclosed.

The prosecution’s argument prompted concern in the legal community. “We cannot allow ‘intelligence’ to be passed off as ‘legal evidence.’ Once we do so, civil liberties and fair trial safeguards fall,” tweeted former attorney general Dhiyana Saeed.

Nasreena, Yumna and I visited @afarismaumoon at Maafushi Prison today. He is well and keeping strong. Al-hamdu lillah. pic.twitter.com/jThaBfyTzl