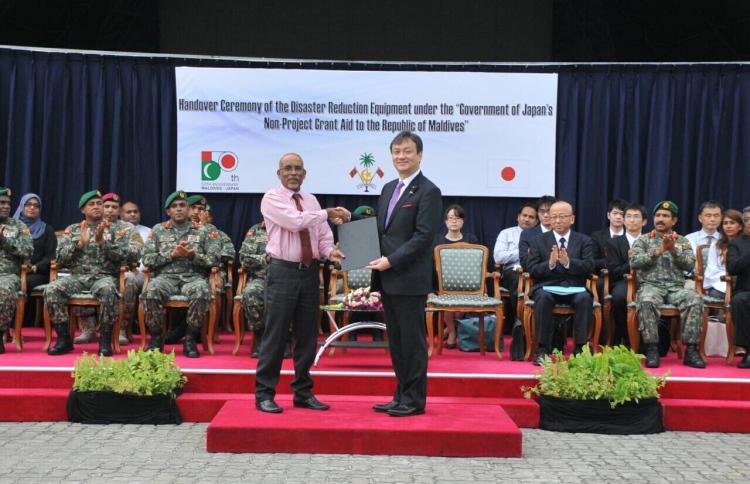 The government of Japan has gifted equipment worth USD 9.9 million (MVR 152 million) for protection against natural disasters to the Maldives.

According to the foreign ministry, the disaster reduction equipment was presented by the Parliamentary Vice-Minister for Foreign Affairs of Japan, Iwao Horii, at a special ceremony held at Kalhuthuhkalaa Koshi in capital Male on Monday. The donation was carried out under the “Government of Japan’s Non-Project Grant Aid to the Republic of Maldives”.

It was received on behalf of the Maldivian government by Mohamed Zuhair, state minister of the defence ministry.

The foreign ministry highlighted that Japan has aided the Maldives on various fronts over the past 50 years, since the establishment of diplomatic relations between the two nations.

Vice-Minister Horii, who is currently on an official visit to the Maldives, has also called on foreign minister Dr Mohamed Asim and president Abdulla Yameen.