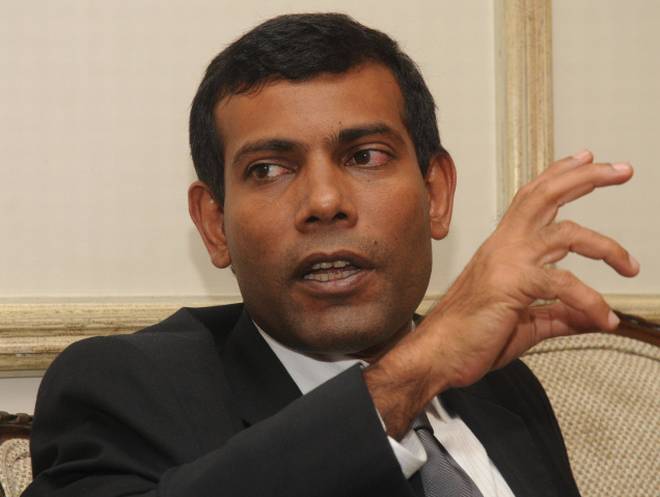 New Delhi appears to be weighing diplomatic options after Male reportedly placed restrictions on the movement of the Indian Ambassador to the Maldives.

Asked to comment on reports that travel restrictions had been imposed on the Indian High Commissioner, spokesperson of the Ministry of External Affairs Raveesh Kumar said, “I don’t think this information is correct.”

According to reports, the Maldives’ Local Government Authority has mandated that foreign diplomats in Male obtain government approval before meeting any Maldivian official. The government suspended three members of a local body allegedly for meeting Indian Ambassador Akhilesh Mishra without permission.

However, Ibrahim H. Shihab, International Spokesperson at the President’s office, said the Indian envoy was a friend of the Maldives.

“The Maldives respects norms of diplomacy and diplomatic engagement and no diplomat posted to the Maldives by any country is restricted in their freedom of movement — anyone making such claims is severely misinformed,” he said.

However, instead of delving into the issue of restrictions on movement, the Mr Kumar MEA spokesperson of the Ministry of External Affairs (MEA) of India during a briefing this week, indicated concerns around the recent Free Trade Agreement between Beijing and Male. “We are actually trying to understand the implications of this. It needs to be carefully studied. In such situations governments do engage in diplomatic discussions…,” he said., Spokesperson of the MEA.

Maldivian Ambassador to Colombo Mohamed Hussain Shareef said all diplomats had to follow the regulations laid down by the host foreign ministry and take due permission to travel across the country. The recent restriction was not directed at the Indian ambassador alone, he said, but a blanket reminder to all ambassadors.

Responding to the regulations, the British, Australian and German envoys to the Maldives tweeted strongly against the development. Reiterating its commitment to “democracy, development and stability” in the Indian Ocean nation, New Delhi recently reminded the Maldives about its “India First” policy.

The development comes at a time when former President Mohammad Nasheed’s Maldivian Democratic Party (MDP), now in opposition, has been raising concern over Male’s foreign policy that it sees as being detrimental to India’s. The party accused the President Abdulla Yameen administration of rushing through an FTA with China, an allegation the government denied.

More recently, a local paper in the Maldives said to be pro-government, sparked a controversy after it published an editorial that termed Prime Minister Narendra Modi “a Hindu extremist” who is “anti-Muslim”. The editorial, in the local Dhivehi language, also described India as the biggest enemy nation and that China was the country’s “new best friend”.

Denying that the paper was pro-government, official sources said the editorial had been removed. “We are confident that the matter will be considered and appropriate actions are taken — this speed of response is a clear indication that our regulators and institutions continue to function professionally,” said the spokesman at President Yameen’s office.