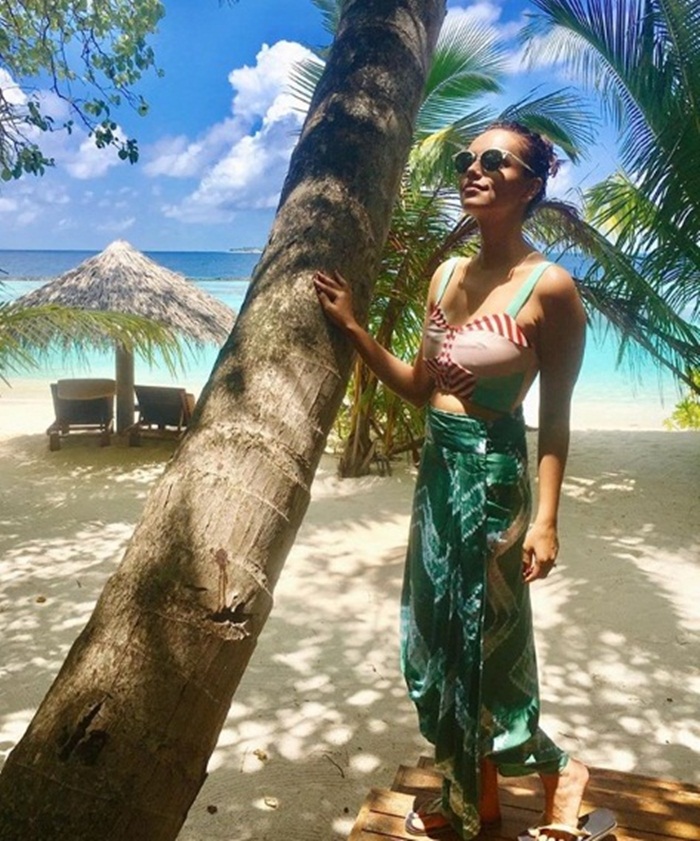 Popular TV actress Roshni Chopra aka Pia from ‘Kasamh Se’ is seen chilling in a pool and she looks sexy in a dark blue swim in a Maldives.

She is holidaying in Maldives with her families. Apparently, Roshni and husband Siddharth enjoying and celebrating the birthday in Maldives. On Sunday, She shared a picture of Siddharth on Instagram where she wrote, Happy birthday lover .. you make me happiest

Roshni Chopra becomes a household name from the show ‘Kasamh Se’. She married to director Siddharth Anand Kumar in 2006 and the couple blessed with two boys- Jaivir and Reyaan.

Breakfast with a view ? #maldives

While returning to TV again Roshni talks with Hindustan Times about an upcoming project, she says, “I have not been working for the last few years. My second child is a year old now and as was with my first kid during his first year, I wanted to be there for my second child during his first year too. I believe that time is very precious in childhood. I shot a couple of episodes for Kapil’s comedy show in between. This hosting gig can be called a comeback, it’s a fun zone to be in and to come back to.”