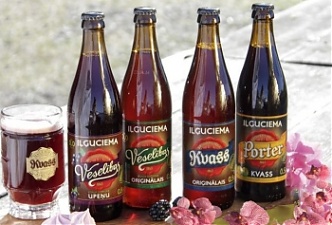 Latvian food and beverages producer Ilgezeem has started selling its products in Israel, Iran, the Maldives, the Netherlands and Finland, the company’s marketing and sales head Rihards Jablokovs told LETA.

Jablokovs said that Ilgezeem is currently shipping products to Israel, Iran and the Maldives in containers and that smaller amounts of Ilgezeem products – two to five palettes – are being shipped to the Netherlands and Finland. Unlike in other markets, alcoholic beverages of the Ilgezeem brand are not available in Iran and the Maldives.

Jablokovs noted that until now Ilgezeem did not sell alcoholic beverages in Russia which only imported Ilgezeem kvass, a lightly fermented malt drink. This year, however, Ilgezeem started shipping its honey-flavoured beer to Russia. “We found a distributor in Russia’s St. Petersburg, we have sent the first cargos of our products there,” Jablokovs said, adding that the company is in talks with another major Russian company.

Ilgezeem, established in 1995, has a share capital of EUR 2,800. The company belongs in equal parts to two individuals — Roberts Volfs and Viktors Ognanovs.