A leading human rights defender has blasted a pro-government website for inciting hatred and trying to get her murdered, as police confirmed Thursday they were investigating one of her tweets about religion in the Maldives.

Shahindha Ismail, from the Maldives Democracy Network, tweeted that Allah allowed for other religions after President Abdulla Yameen said the only religion he would permit in the Maldives was Islam.

Tabloid news site Vaguthu, which the opposition has described as the president’s mouthpiece, published an article about her tweet and said she had called for other faiths to be practised in the country.

The article led to threats against Ismail, who blasted Vaguthu, and police confirming they were investigating her tweet.

Police did not clarify to the Maldives Independent the reason for their investigation.

Ismail criticised police for probing her tweets but not those from people threatening to behead her. Similar threats were made against liberal blogger Yameen Rasheed before his murder in April this year. 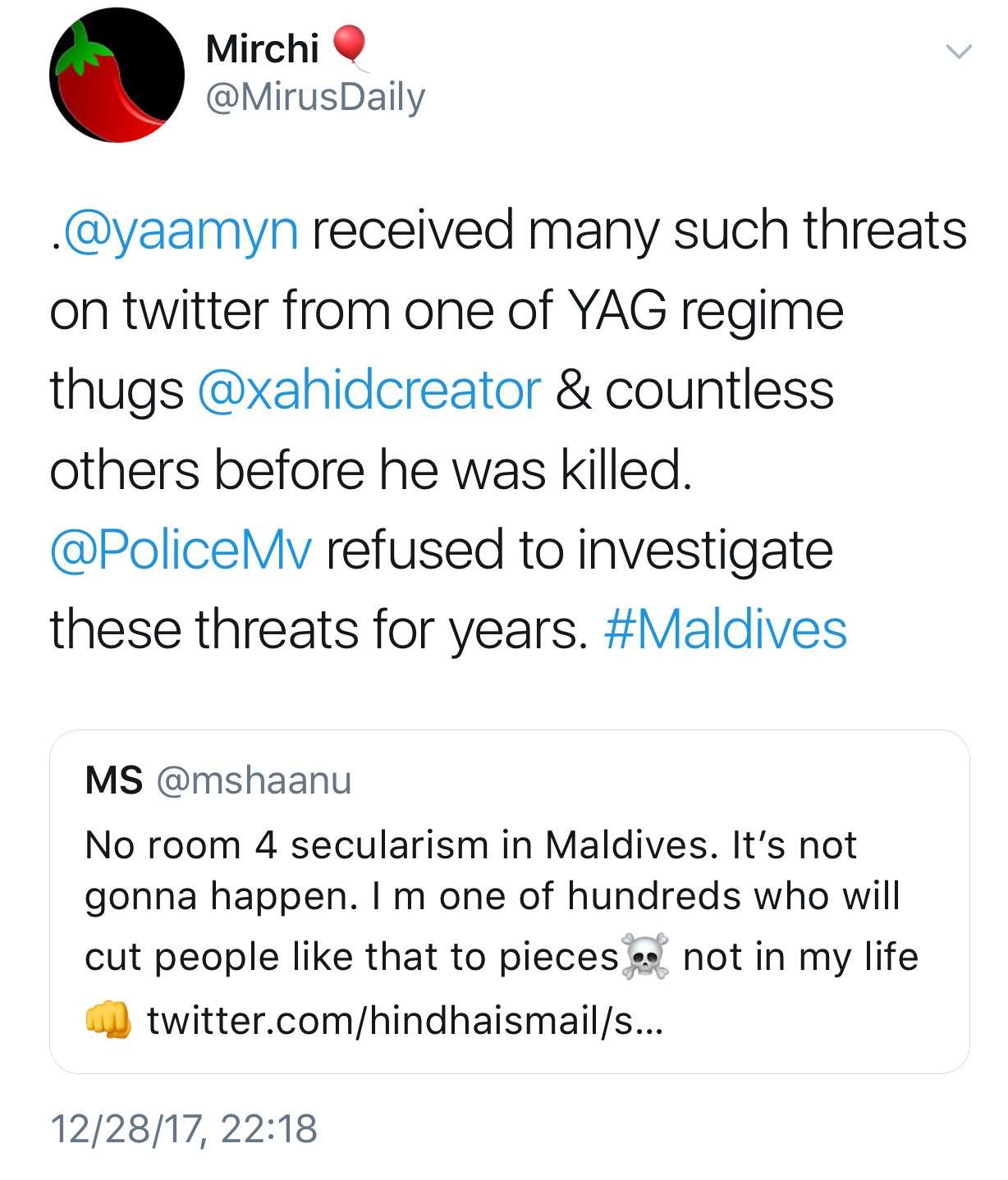