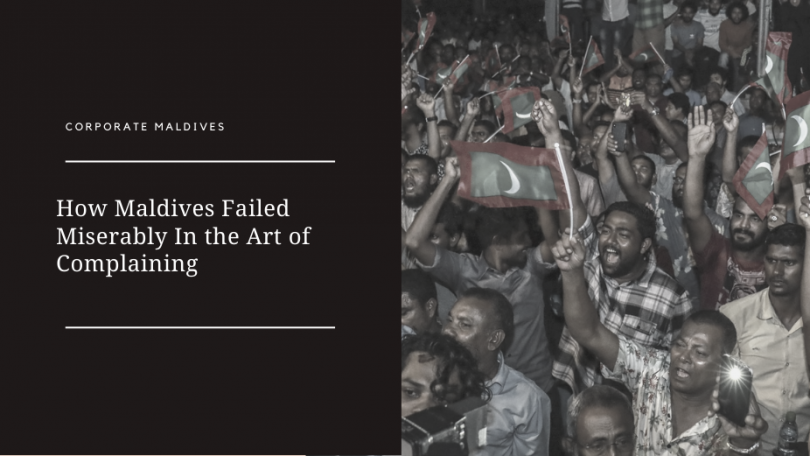 Our Social Medias are filled with it. We have countless talks on it. And yet, it has never been able to generate effective results. After all, why complain, when nothing is going to change? It won’t change unless of course, something about is done about it.

“We can’t have any positive social change without someone saying ‘This isn’t right’. It’s complaining in an organised and focused way and drawing attention to whatever is wrong,” says Julian Baggini, who has written a book called Complaint. Complaining effectively is a skill- it is an art. Complaining just for the sake of criticizing something does it bring in results. This is something that many Maldivians have failed to understand.

Here we look into the hot topic of politics in the Maldives. The role of ministers of education and health is pivotal to developing the human capital essential for sustainable economic development.  The Parliament Members are also referred to as the lawmakers of the country and hence, plays a vital role.

For instance, the role of the Minister of Defence is to lead the accomplishment and realization of the Vision and Mission of the Ministry of Defence and to supervise the institutions and agencies assigned to the Minister’s mandate, in furtherance of the policies and goals of the Government.

As much as it is important for people in such high government positions to have knowledge and experience in the field, it is now possible if people having such qualities do not volunteer to the positions. To make a change, people need to stop uploading statuses and encourage qualified people to participate in elections.

However, as long as politics is seen as a “dirty game”, people will hesitate to volunteer themselves and get in it. For the country to truly develop, it needs good leaders.