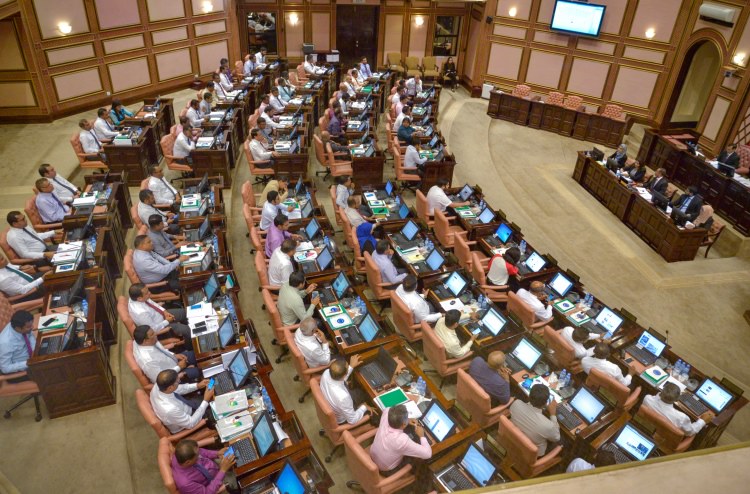 Members of Parliament during a sitting. PHOTO/MAJLIS

The government has submitted its proposed state budget for next year to the parliament.

Mihaaru understands that the finance ministry submitted the state budget last week. However, the government has not disclosed any details on the proposed amount.

The parliament had approved a state budget of MVR 26.8 billion for this year. The amount was raised to MVR 27.3 billion with the supplementary budget that was later issued by the government.

According to Mihaaru’s sources, the proposed budget for 2018 has not been forwarded to the parliamentary section on session agendas. Thus, the debate on the proposed State Budget 2018 is not scheduled for the next parliament sitting, which will be held Monday after a week-long hiatus. The only agenda for Monday’s sitting is to submit the National Security Council’s report on approving the Maldives’ ratification of the Kigali Amendment to the Montreal Protocol.