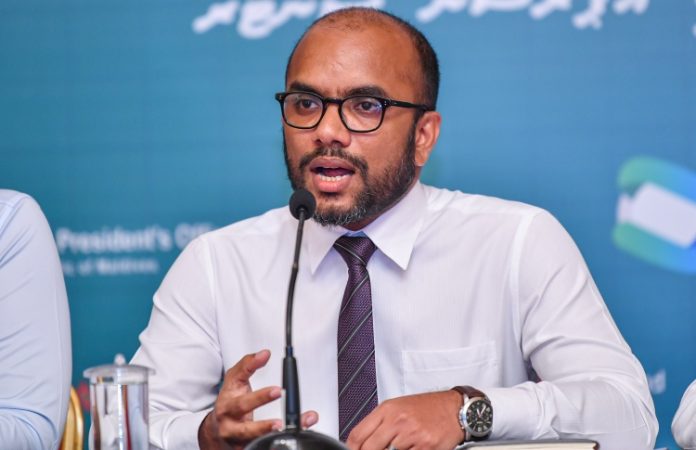 Finance Minister has announced salary cuts of all government employees at MVR 25,000 and to impose further cuts on the salary of political appointees.

He further stated that these cuts will not affect employees receiving wages below MVR 20,000, but will only apply to contract staff and top officials such as permanent secretaries in the civil service and officials from other state institutions and independent bodies.

Ameer said the government made the decision because there are no projected improvements in income, deteriorating the financial standing to further.

“From our estimates, these pay cuts will allow us to save some MVR 15 million per month from state expenditure,” Ameer said.

A further 32 per cent was also announced from the basic salaries of managing directors, deputy managing directors and chief executives of state-owned companies. The board allowance of MVR 11,000 has also been cut.

“We estimate these pay cuts will allow us to save some MVR 15 million per month from state expenditure,” Ameer said.