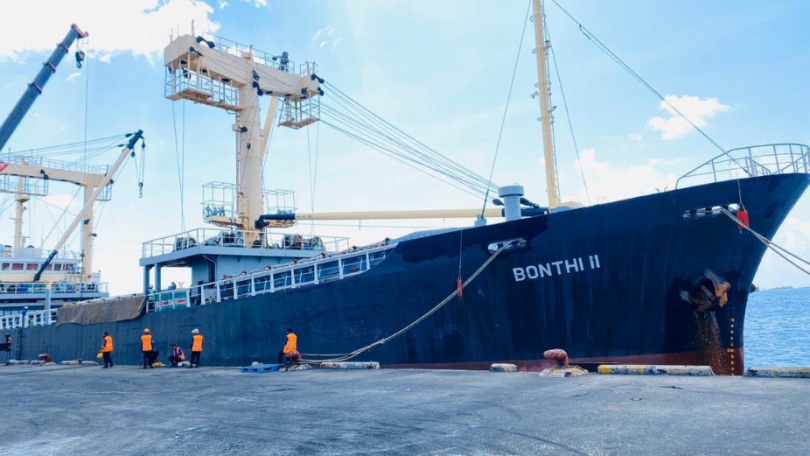 Maldives State Shipping (MSS) company reveals that goods of private companies transported via cargo ferry between Addu and Tuticorin of India has increased by 60% compared to its last shipment.

The cargo ferry between India and Addu City was launched December 10, 2020, and the state-run company utilizes boat MV Bonthi II for its voyages.

Managing Director of MSS, Abdullah Saeed reportedly detailed that most of the cargo was food products, and highlighted they had also imported some frozen food this trip around as well.

“This boat has the capacity to ship 3700 metric tons of goods,” explained MD Saeed. “The cargo ship is full every time it arrives.”

Due to the last shipment containing perishables and food products in large quantities, MV Bonthi II has docked straight to Addu City this time without stopping to Male’.

Additionally, MSS has now opened the cargo shuttle channel between Tuticorin and Gd. Thinadhoo last month as well. MD Saeed remarks that many businesses have inquired about it, but they have not carried any shipment to Thinadhoo during MV Bonthi II’s last trip.

In addition to Thinadhoo, it is notable that MSS has commenced cargo operations between Kulhudhuffushi and Cochin of India last September as well.

The route of the ship is as follows: Cochin – Tuticorin – Male’ – Kulhudhufushi.