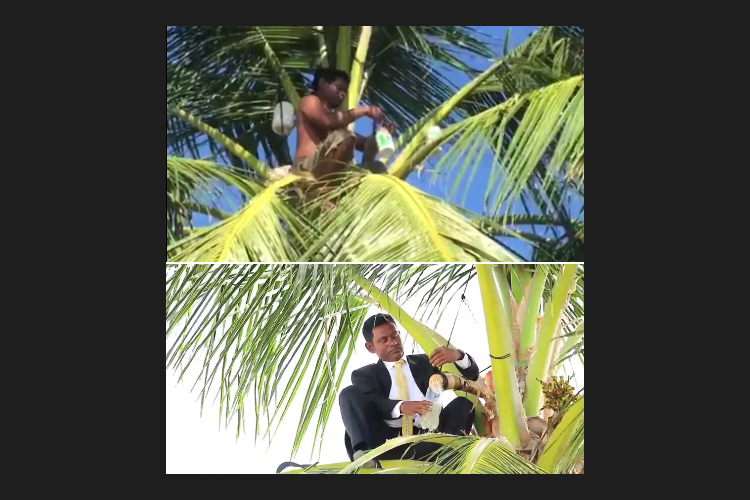 The original Dhivehi article was published on Raajje.com website on 5th June 2017.

– Habeeb said, even though, he is a toddy tapper, as long he is loyal to people, anything could be made possible

– After swearing in as a councilman, Habeeb climbed and tapped a coconut tree donned in a suit

– Habeeb said despite being a toddy tapper, with the love and trust of citizens, he can bring favourable change

Islanders of Villingili Island in the North Huvadhoo Atoll (Gaafu Alifu Atoll), has said that Councilor Habeeb Hassan is a unique person.

A person with various skills along with toddy tapping, he was elected as an MDP candidate to the Council of Villingili Island in Gaafu Alifu Atoll.

After the swearing-in ceremony held last Saturday, Habeeb climbed a coconut tree and collected toddy, while wearing a suit. Islanders gathered around the tree to witness the sight. Followed by a round of applause. 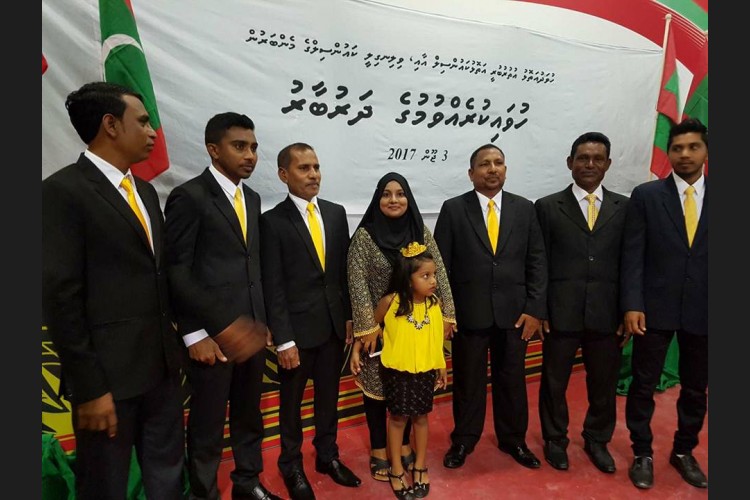 Habeeb showed that with dedication and commitment in any work, trust of people is possible to achieve.

After climbing down the tree, Habeeb thanked all the islanders.

What was more interesting was the text along with the video of his tree climbing uploaded to Facebook. 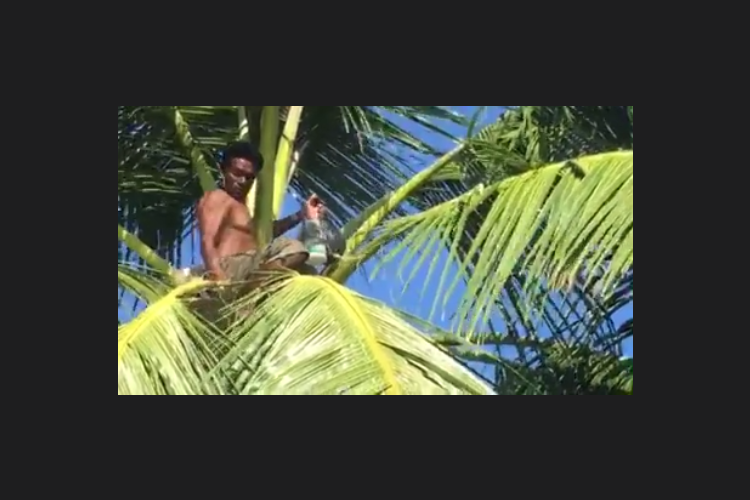 ‘After being a shirtless toddy tapper, for giving a suited stature, I thank the Villingili citizens. Whether I am cultured or not, the citizens have selected me as their Councilman. Even though some might not like me, I would like to convey and give the guarantee that I am here committed to serving Villingili citizens, God willing, for the next 3 years to come. It will be different and I will show you that,’ this was the message by Habeeb to citizens for electing him. 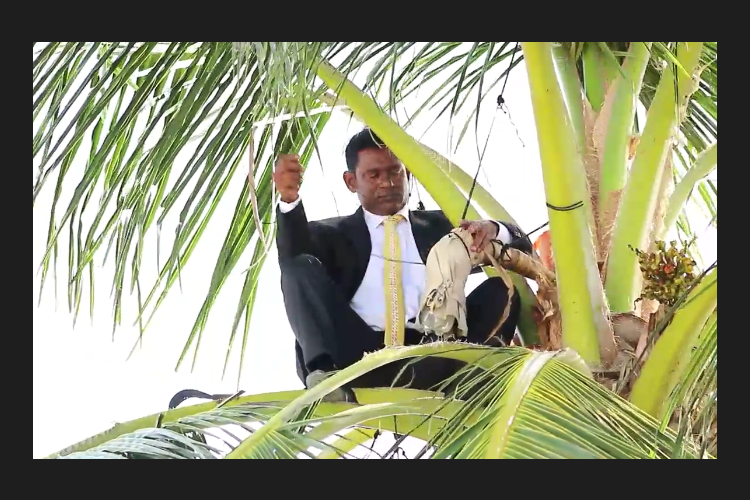 Habeeb said that even though, he is just a toddy tapper, with the love and trust of citizens, ‘Things can be different, positive changes are possible.’