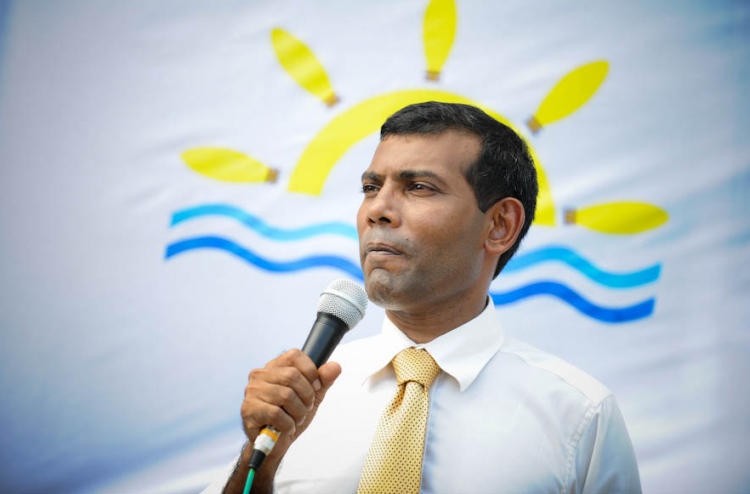 The Maldives-China free trade agreement (FTA) is a pact that would ultimately “sell off” the archipelago to China, claimed main opposition Maldivian Democratic Party (MDP).

The remark was made by MDP’s deputy leader Mohamed Shifaz at a rally at MDP’s main hub on Sunday night to object to the signing of the FTA with China. He said that the FTA would open the doors for any business in China to export goods to the Maldives at any time, and to make “any kind of” investment in the Maldives. He claimed that, as a result, Maldivians would lose their own trades and businesses to the Chinese from the moment the FTA comes into effect.

Speaking at the assembly via video call, former president Mohamed Nasheed declared that with the FTA, Chinese products will come to dominate the Maldivian markets.

Nasheed, who is currently in neighbouring Sri Lanka, explained that prices of products imported from China would drop as the Maldivian government would not charge any duty from them as per the FTA. Thus importation from China would naturally increase, he said, which would see imported goods from other markets go down in the Maldives.

“This would be hugely advantageous to China,” said Nasheed as he proceeded to detail the statistics of Maldives-China trade since 2008.

Though Customs has not released the statistics of the previous year yet, Nasheed claimed that the Maldives had imported goods worth MVR 4.3 billion from China in 2016. Highlighting that the Maldives does not make much profit from its trade with China, he went on to allege that the relatively large amount of goods exported to China in 2012 was either a mistake in the statistics or a deliberate deception.

Nasheed’s sentiment was echoed by MDP member and lawmaker of Gan constituency, Fayyaz Ismail. He proclaimed that signing the free trade pact with China would “shatter” the Maldives’ bilateral trade relations with other countries.

Fayyaz claimed that the Maldives would have to turn to China for the bulk of its importation, which would give China the power to stamp any price it sees fit on its goods. He went on to say that the agreement is proceeding in violation of the Constitution, and that it would establish China as having the last word on the Maldivian economy.

He added that ultimately China would have the final say on all decisions that affect the Maldives’ foreign policy and sovereignty.

The speakers at the MDP rally also voiced concern over all the “secrecy” surrounding the FTA. They said that their biggest concern is that the government has not shared the particulars of the FTA with the parliament, business associations or any local businesses.

Shifaz announced that the joint opposition has started to evaluate the FTA agreement with China, which reportedly has over 1,000 pages. Claiming that their current findings all indicate that the agreement would “sell off the Maldives to China”, Shifaz vowed that the opposition coalition will reveal all the details of the FTA to the public as transparently as possible.