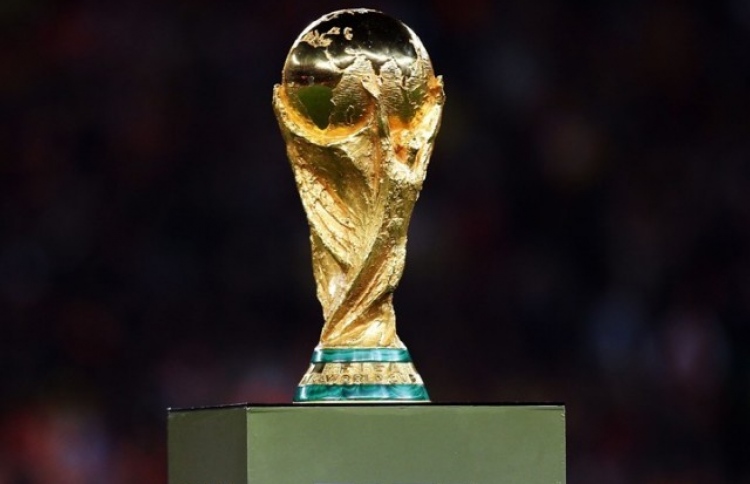 The FIFA World Cup Trophy will arrive in the Maldives for the first time on January 24, 2018. PHOTO/FIFA

Football fans in the Maldives have a reason to rejoice – the FIFA World Cup Trophy will land in the archipelago for the first time in history in coming January, on its traditional Trophy Tour around the globe ahead of the FIFA World Cup in Russia next year.

FIFA’s official website revealed that the Maldives’ capital Male is the third stop of the global Trophy Tour, which is sponsored by Coca Cola. After leaving host country Russia, the Trophy will be showcased in London, UK and Colombo, Sri Lanka before arriving in the Maldives on January 24 for a two-day exhibition.

The Football Association of Maldives (FAM) stated that the event has not been finalized yet and that they are still in talks.

The coveted trophy is carried to its destinations on a special jet. Highlights of the new tour, which begins in London on January 22, include Thailand’s Phuket, Pakistan’s Lahore, Palestine’s Ramallah, UAE’s Dubai, South Africa’s Johannesburg and Cape Town, Egypt’s Cairo, Italy’s Rome and Naples, France’s Paris and the US’ New York, Miami and Los Angeles.

The Trophy Tour features two events: the launching ceremony in each destination, and the exhibition which presents fans with the chance to take photographs beside the iconic prize.

The tradition of the Trophy Tour began in 2006, as an ambitious initiative of FIFA’s partner Coca Cola. The current Trophy is the one commissioned in 1974, after Brazil won the first Jules Rimet trophy outright in 1970. Under the new FIFA regulations, champions cannot win the new trophy outright; instead, the winners receive a gold-plated bronze replica. Meanwhile, the names of winning countries are engraved on a plate attached to the bottom of the original gold trophy.