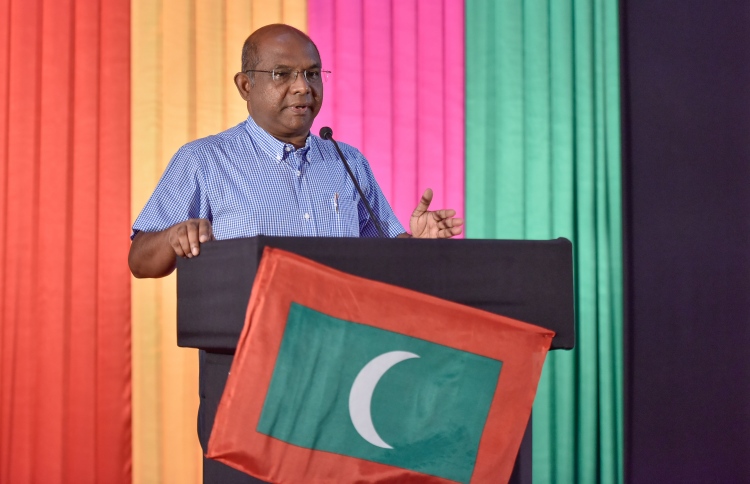 The former parliament speaker and current Henveiru North MP Abdullah Shahid declared on Tuesday that he would not compete in any party primaries against former President Mohamed Nasheed.

Since Nasheed’s 13-year terrorism sentence which disqualified him as a presidential candidate, the main opposition Maldivian Democratic Party (MDP) has been ambiguous about its potential nominations for the presidency.

However, there were talks on social media about MP Abdullah Shahid being in the run for the presidency in an MDP’s primary – which was neither confirmed nor denied by the party or Shahid. The talks had then taken an unfavourable turn, with many party supporters claiming that Shahid was actively hindering MDP’s effort to free Nasheed.

On Tuesday afternoon, an MDP activist had apparently broken the news of Shahid competing in the MDP presidential primary, with the backing of 15 members from MDP’s national congress.

Shahid had then finally broken the silence, refuting these claims and ensuring that he would completely back the former president in any such primary.

“These statements aren’t true, and they’re being spread with the malicious intention of creating animosity amongst the party. I stand with President Nasheed and MDP. God willing, ‘Raees Nasheed’ will win the 2018 election, and these efforts to dismantle [us] will not be successful,” Shahid ensured on Twitter.

Speaking to Mihaaru, Shahid said that contrary to the allegations on social media, he also plays a vital role in the efforts that have gone into freeing Nasheed, and acknowledged that they have faced some setbacks as well as some major successes. He said that he would remain steadfast in the work until Nasheed is free.

While MDP has not officially announced its candidate for the upcoming presidential election, there were heated arguments on social media over the weekend after Jumhoory Party’s leader Qasim Ibrahim won a Twitter poll posted by opposition-aligned television station Raajje TV to determine the most popular candidate for the upcoming presidential election. Nasheed had come third in the poll, after Qasim and religiously conservative Adhaalath Party’s Sheikh Imran Abdullah. Nasheed’s 2008 presidential rival Maumoon Abdul Gayyoom was ranked at the bottom of the list.