Work began Saturday on a controversial airport project on the island of Kulhudhuffushi after fast-tracked environmental regulatory processes.

The state-owned Maldives Transport and Contracting Company started digging on the beach near the island’s mangroves for a “bund wall” to mark a boundary for reclamation, a company spokesman told the Maldives Independent.

But the deadline for public feedback on an Environment Impact Assessment report – which warned of lasting and irreversible damage from reclaiming the environmentally sensitive wetland area – is October 31.

Ibrahim Naeem, the director of the Environment Protection Agency, confirmed that the environment ministry has approved the project after considering the EIA.

Defending the rushed process, he said: “Changes to regulations allow the ministry to give express permission for urgent projects needed by the government.”

An anonymous government official told Vnews that the normal procedure was for the EPA to approve projects based on EIA reports by private consultants. But Environment Minister Thoriq Ibrahim himself pushed through the approval after disregarding hundreds of complaints, the official said.

“The decision statement should be made public and the public must be told how the decision was reached,” he said.

“If the project is to go ahead, it should state the mitigation measures that would be taken. And since people use the area for a livelihood activity, it should state compensation for those people.”

The mangrove is home to endangered species and serves as a natural defence system by collecting and draining rainwater. Local women also soak coconut husk at the mangrove lake to make coir rope.

Appearing on the state broadcaster last week, Environment Minister Thoriq accused the opposition of trying to obstruct the airport project by “keeping some people in front of them” and assured that mitigating measures will be taken to minimise environmental damage.

Despite the outcry from environmental groups and the “considerable negative impacts on the environment” identified by the EIA, the environment ministry’s approval appeared to be a foregone conclusion as both the MTCC and ruling party lawmakers last week announced plans to begin reclamation work in early November.

President Abdulla Yameen will officially inaugurate the project on November 12, MPs revealed. Developing an airport on Kulhudhufushi, the main population hub in the northern atolls, was a campaign pledge Yameen made in August 2013.

Reports on public opinion suggest that many islanders want the airport even at the cost of losing the unique mangroves.

MTCC CEO Ibrahim Ziyath told the press that nine hectares of the 12-hectare wetland on the northern end of the island will be reclaimed and that six hectares will be reclaimed from the lagoon. The company’s new dredger Mahaa Jarraafu arrived in Kulhudhufushi last Wednesday.

According to the EIA, the eastern side of the island was dismissed due to space limitations and the government also rejected a nearby island as an alternative site.

Noting that an airport exists 25 minutes away on the island of Hanimadhoo, the report also advised that socio-economic benefits from the project may not outweigh the negative impacts.

“There is political will to proceed with the project along with the backing and need of a vocal majority in the island. As this is a project that has long been delayed resulting in significant community issues, it does not seem the project will be delayed any further,” the report concluded. 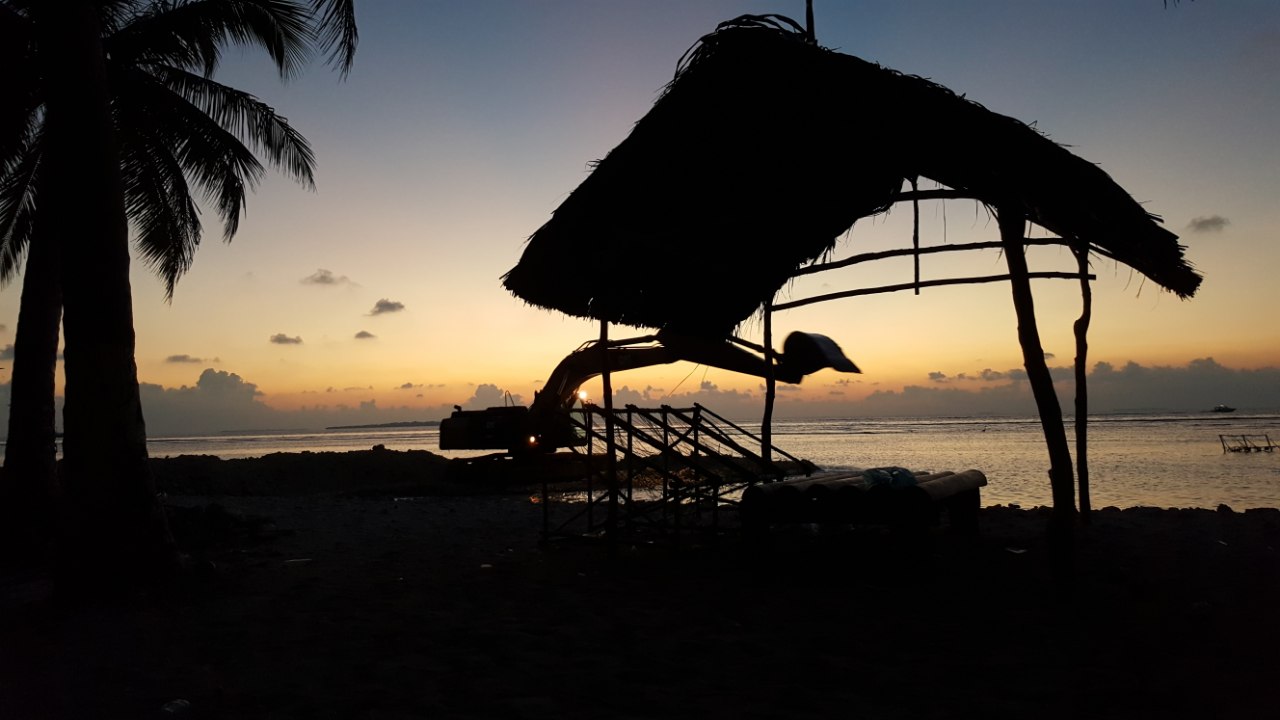 MTCC has started prep work for reclamation of lagoon area next to #KulhudhuffushiKulhi. Environmental decision statement not made public. pic.twitter.com/WmsAYzNg0o

Dredger has arrived to destroy the #kulhudhuffushikulhi even before EIA comment is closed. #SaveKulhudhuffushiKulhi pic.twitter.com/xVVvuV1hT7

Dredgers arrived, DS given. EIA was just for the name sake, the deadline for public commenting isn’t even closed. @Thoriqibrahim, resign now pic.twitter.com/GDmTa7AlXk

Public consultation not due til Nov 1st. Destruction started before the full EIA procedure is even complete. This is an ENVIRONMENTAL CRIME. pic.twitter.com/DJ0BKvp3Yn

Today marks a major milestone in the history of MTCC. Our trailing suction hopper dredger mahaa Jarraafu has just arrived in the Maldives. pic.twitter.com/aluqIm2vPi

Our environment is not ours to destroy, but to preserve it for coming generations. #saveKulhudhuffushiKulhi pic.twitter.com/VExQ21bvrO

Sustainable development can be achieved even while protecting our unique Maldivian cultural and natural heritage. #saveourheritage pic.twitter.com/2IzGBgPqOb

Just a few coconut husk pits in the #mangroves. Hw many livelihoods will we uproot in the name of development?#saveKulhudhuffushiKulhi pic.twitter.com/gvfYm27xIh

This all will be gone soon. A culture, a tradition & a pride. @Thoriqibrahim dont u hav any responsibilities towards the country? #SaveKulhi pic.twitter.com/VYL92TE5tu

youth speaking up in #Kulhidhufushi are threatened. We need to step up to fight for OUR heritage.

When someone living in #kulhudhuffushi says the #kulhi has no benefits it shows what a failure the govt, civil society and UNDP has been.

What exactly are mangroves, what purpose do they serve, and why should we care?

Reclamation of the Mangrove in Kulhudhuffushi will be the most significant ecosystem loss in North #Maldives … #savekulhdhufushikuhli pic.twitter.com/LI0lvIaYJf

Since the reclamation of #kulhudhuffushikulhi was confirmed, ppl are flocking to have a look&to enjoy it.always an option! #EcoTourism pic.twitter.com/Q5zFDI5vDO

Disregard to article 22 and still going ahead with reclamation of #kulhudhuffushikulhi stop this crime! pic.twitter.com/zQT5nSqc21

How is it possible for a person to be so blind that they cannot see the beauty of this place? #savekulhudhuffushikulhi pic.twitter.com/LoaEK3DxdY

Even experts from the @EnvGovMv recommended to consider alternative locations for the proposed airport project on the #KulhudhuffushiKulhi pic.twitter.com/OZxMx1rdKM

Wetlands & Mangrove Forests are unbelievable long-term carbon sinks, storing carbon in plants themselves but more particularly in the soils. pic.twitter.com/Mc7D3KCKtk

7 types of mangrove trees and 42 associate plants found in #kulhudhuffushikulhi and all of them have wide variety of benefits: pic.twitter.com/Ap0wigJ1Qo

Read this heartfelt story by my friend&colleague @Abdulla_Adam abt his island& importance of mangroves 4 protection frm #climatechange https://t.co/SiqH1kgLD3

How do mangroves serve our communities? pic.twitter.com/Tp39i0mtJR

Mangroves cannot be replaced. Seawalls & other hard engineering projects cannot protect an island as a #mangrove does #kulhudhuffushikulhi pic.twitter.com/3BLp2Y4k9a