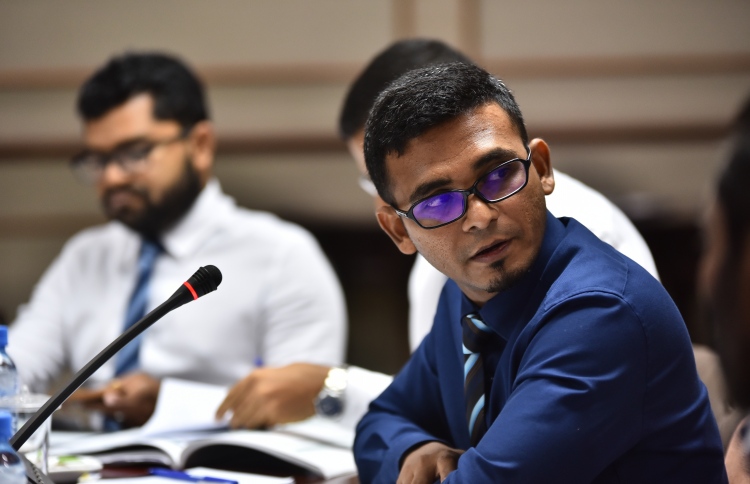 The current government does not and will not discriminate between islands in carrying out development projects, declared finance minister Ahmed Munawar late Sunday.

He made the remark on a programme on state television channel TVM, stating that unlike previous administrations, the government of president Abdulla Yameen will not treat the public “unscrupulously”.

Munawar recently came under fire from the opposition after he remarked at a meeting of the parliamentary budget review committee that “it will be hard to carry out development projects in the constituencies of lawmakers who do not vote in favour” of the proposed MVR 27.9 billion state budget for next year. Amidst harsh criticism, opposition parliamentarians had dubbed the finance minister as being more high-handed than his predecessors.

He had later changed his talk and claimed that he had not made such a remark, which opposition lawmakers were quick to label as a “lie”.

Speaking on national television, Munawar stated that the ideology of opposition lawmakers he saw at two meetings of the budget review committee was not productive. He slated them, saying that opposition MPs would rather criticize the government as a way of putting off budget talks.

Declaring that he had not had any ulterior or personal motives in submitting the proposed state budget to the parliament, Munawar refuted the criticism he received over his remark at the budget review meeting: “I challenged [opposition lawmakers], but they twisted my words and are spreading them falsely on media. Whether they give their votes or not, this government will not stand back from carrying out what needs to be done for the people.”

Munawar highlighted that the government has been conducting projects of MVR 1 billion in Gaafu Dhaal atoll Thinadhoo island and MVR 765 million in Addu City these five years. He repeated that president Yameen’s administration will continue its services to the people regardless of opposition MPs’ support and votes.

Ruling Progressive Party of Maldives (PPM)’s parliamentary group leader and Villimale MP Ahmed Nihan further pointed out that it is mandatory for parliamentarians to approve a state budget. He asserted that the state budgets submitted to the parliament over the past four years were nondiscriminatory, emphasizing that funds had been allocated for development projects in several islands that did not vote to elect Yameen.

MP Nihan harshly slammed opposition lawmakers over their lack of cooperation in voting for the budget. Declaring that PPM had never issued a three-line whip to vote for state budgets, he noted that the government had previously included many projects requested by the opposition.