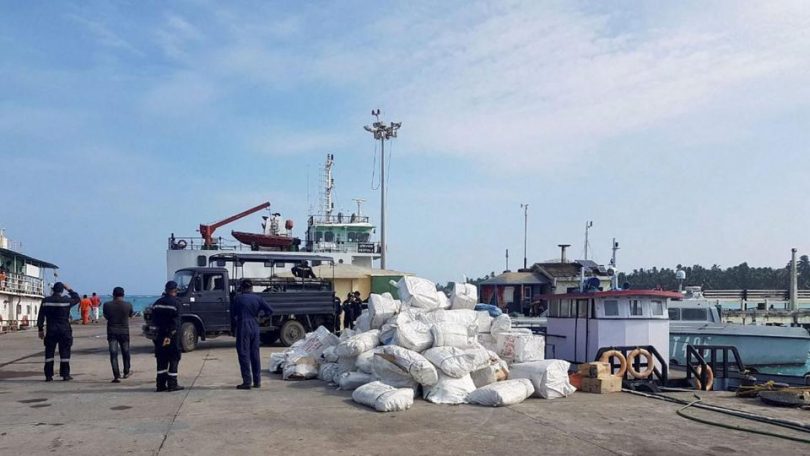 The Indian naval ships engaged in search and rescue mission in the aftermath of Cyclone Ockhi on Saturday continued their operations in the high seas, searching the area till the Maldives, a defence spokesman in Kochi said.

No stranded boats, fishermen or floating bodies have been found in the sea by the naval search team during the last 72 hours, the official said.

“The search effort of the Indian Navy continues unabated with 11 ships, P8I aircraft and integral helos (helicopters) of ships. The area till the Maldives (has been) searched,” he said.

According to reports, 37 people have so far lost their lives in the intense cyclone while several others, including scores of fishermen, went missing.

He said six fishermen who had joined the Navy team in the search operations returned on Saturday after having spent 96 hours in the sea.

Naval ship Kalpeni scanned the sea from Kerala coast to more than 150 nautical miles (277.8km) northwest off the Lakshadweep islands.

“Thereafter, off Calicut and traversing down to Kochi. No dead bodies (were) encountered by the ship. The search continued with same gusto to bring succour to fishing community and seafarers,” the spokesperson said.

Fishing has resumed in substantial strength from Kochi to Calicut, he added.