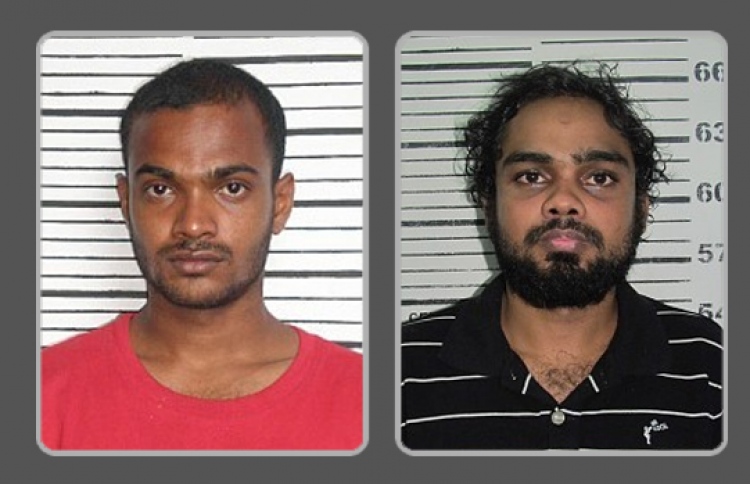 The High Court on Monday upheld the life sentence given to the two people convicted of the murder of Hassan Abu Bakur from the island of Maafaru in Noonu Atoll.

In an attempt to commit robbery, Mohamed Faisal and Ahmed Naushad had bound, gagged and held Abu Bakur hostage in his home on May 29. Abu Bakur was later found dead due to suffocation. Faisal and Naushad were both found guilty of terrorism under the then governing Terrorism Act and given a life sentence.

After deliberating on the appealed case, the High Court ruled to uphold the previous sentence, claiming that there was substantial evidence that prove that Hassan Abu Bakur was murdered by the actions of the defendants.

A minor had also been charged at the Juvenile Court for the murder, but the court had acquitted him.

According to the then governing Prevention of Terrorism Act, if a person were killed due to an act of terror, the culprit can be sentenced to death, or be jailed or exiled for life.