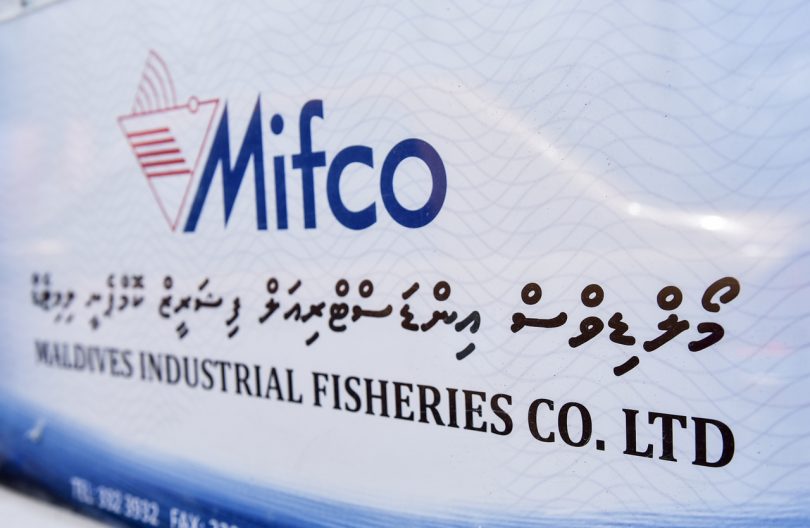 The High Court has ordered a private firm to pay MVR 1.1 million to Maldives Industrial Fisheries Company (MIFCO) over failing to reimburse some assets issued by the latter.

The state fisheries company had released goods worth MVR 490,000 on credit to Hinmaiy Investment Pvt Ltd. When the latter had failed to reimburse the goods, MIFCO had sued Hinmaiy, seeking to obtain both the asset value and a penalty amounting to MVR 692,000. However, the Civil Court had ruled that Hinmaiy has to pay back only the MVR 490,000.

MIFCO had appealed the case at the High Court, which ruled last Thursday that Hinmaiy Investment must settle the penalty, which is mutually agreed upon between the two parties. The appellate court ordered Hinmaiy to settle the total payment of MVR 1.1 million within six months, warning that failure to do so will allow MIFCO to sell off a marine vessel that Hinmaiy had mortgaged for the transaction.

Hinmaiy Investment had protested against the penalty, noting that a clause of their agreement stated that Hinmaiy would not have to pay anything beyond the value of the assets taken on credit. The company had interpreted the clause as MIFCO relinquishing its right to the penalty.

However, the three judges presiding over the case unanimously pointed out that their agreement clearly states that MIFCO is assured a penalty should Hinmaiy fail to meet the deadline to make the reimbursement. The verdict stated that the contract in no way alludes to MIFCO showing leniency to any penalties owed them, and thus ordered Hinmaiy Investment to settle the full amount.