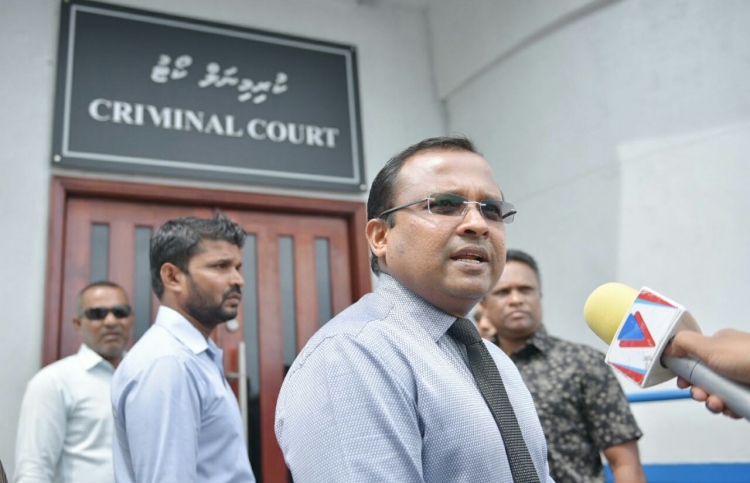 The Criminal Court on Wednesday handed over the official documents to Jumhoory Party’s deputy leader and Kinbidhoo MP Abdullah Riyaz in relation to the new charges levied against him, indicating that his trial will soon be underway.

The opposition leader is being charged for Influencing Official Conduct under Section 511 of the Penal Code.

The state prosecution had filed the new claim at the Criminal Court late November. MP Riyaz already has trespassing charges levied against him for entering the premises of the parliament forcefully last July while the army was barring entry.

The former police commissioner said that despite being handed over the documents related to the new charge, the court has not set a date for trial yet.

If convicted of the new charge, MP Riyaz would face nine months and 18 days in jail. While he would not lose his seat in parliament, he would not be allowed to attend sittings for the duration of his sentence.

Riyaz is already undergoing a trial at the High Court. He had appealed the Criminal Court’s verdict which had found him guilty of obstructing law enforcement officers after he refused to unlock his mobile phone for police officers, who had confiscated it under a court warrant last March.