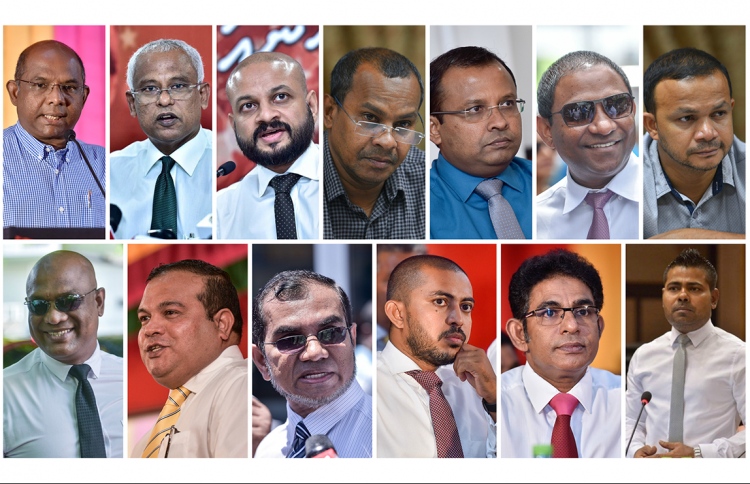 The Criminal Court on Thursday commenced trial proceedings of 12 opposition lawmakers over trespassing on parliament premises, issuing the official notice of the trial to the MPs.

The opposition lawmakers are being charged with obstructing law enforcement officers for pushing past security barricades and forcefully entering the parliament building on July 24 despite the heavy army and police presence barring entry. This marks the first time for the state to prosecute such a high number of MPs simultaneously in a single case.

The Criminal Court summoned the indicted lawmakers on Thursday to hand over their notices of trial.

Speaking to reporters outside the court afterwards, main opposition Maldivian Democratic Party (MDP)’s parliamentary group leader Ibrahim Mohamed Solih stated that members of parliament entering the parliament building is not an offence. He slated the Prosecutor General as discriminating among parliamentarians.

Kinbidhoo MP Abdulla Riyaz described the indictment as the government’s desperate attempt to regain its lost majority of the parliament. He proclaimed that he is “not worried” about the trial, asserting that the joint opposition will stand their ground.

“We stand with the ideology of the four (opposition) leaders. We will keep going forward without backing down.”

The lawmakers charged with obstructing law enforcement officers are:

Out of the twelve lawmakers, MPs Ameeth, Saud and Waheed have been pronounced disqualified from the parliament by the Elections Commission. Thus, the unseated MPs are also facing an additional charge of trespassing on the parliament premises after being ousted.

If convicted of the charge, the 12 MPs would face a jail sentence of four months and 24 days, but they will preserve their parliament seats.