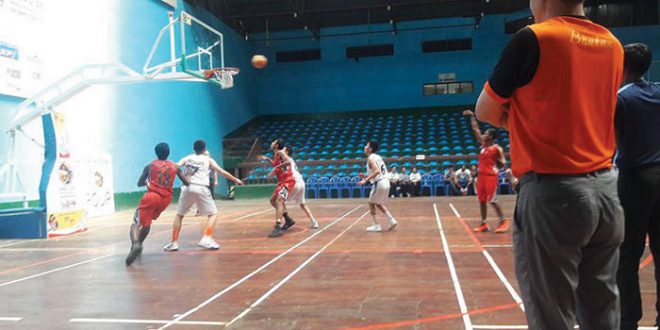 The team started in the championship with two consecutive losses against Bangladesh and the host, Nepal.

Bhutan lost its first match to Bangladesh 117-43. However, the team put a better performance against Nepal 96 -38. Nepalese media reported that Bhutan staged a comeback by winning the second quarter with a narrow margin of 14-13.

However, Bhutan suffered second straight loss of the tournament after being defeated by Nepal with 29 baskets.

With one final group stage match left to be played with India tomorrow, Bhutan qualifying to knock out round remains open.

With Bhutan defeating the team, the Maldives suffered its second consecutive loss.

Bhutan Olympic Committee supported the team with a support fund of Nu 3,80,000 to take part in the tournament. However, voluntary sponsors and budgets were collected from the parents of the players to meet the expense of diets and training.

The championship is played in round robin league tournament where each team meets all other teams in turn. The top two teams from each group will qualify for the knockout stages. Bhutan is placed in group A with the host, Nepal, and India. The Maldives and Bangladesh are placed in Group B.

The winning team of the championship will qualify to 2017 FIBA Under-16 Asian Championship that will be held in Malaysia later this year. Bhutan will play its final group stage game against India tomorrow.