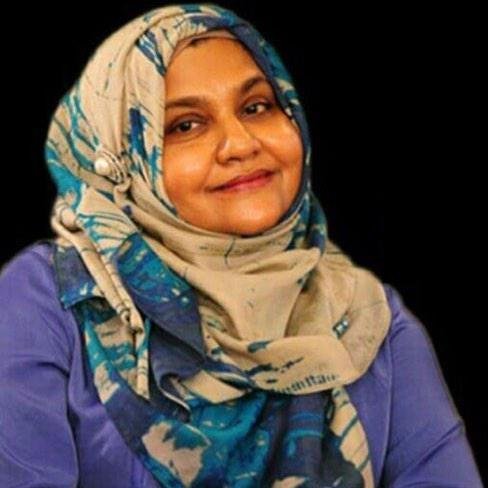 A report by Abdullah Naseer

Even though Maldives have seen several rulers it is rare to see a woman ruler throughout the history. Historical documents reveal that Rehendhi Khadeeja did rule the Maldives three times and no other women ever ruled the Maldives.

As per some narratives of history, Sultana Rehendhi Khadeeja or Al Sultana Khadeeja Rehendi Kabaidhi Kilege Siree Raadha Abaarana Mahaa Rehendhi ruled the Maldives three times and that too without any support or will of the people. She took the throne after killing her husbands all three times, reveals some of the historical documents.

While there are differences in various historical accounts on how she came to power, all the historians agree that she is capable of doing anything to get hold of power. That is why she slaughtered the husbands too and her rule was ruthless and dictatorial as per some documents. Other documents portray her as a very courageous character.

However I am not trying to narrate the history of Rehendhi Khadeeja, but, as some say history repeats itself, I want to raise the question if we are going to see the rule of a “Rehendhi Faathuma” after Rehendhi Khadheeja.

I am talking about Fathimath Ibrahim, the wife of the President Abdullah Yameen and also about her agileness.  She sometimes appears more active even than President Abdullah Yameen himself. Fathimath Ibrahim can be described as a person who is not only diligent in the sphere of social work, but also as a person who has clawed into the political arena displaying a lot of influence. After setting up her own office, she has been holding rallies on her own as well as traveling to islands and running campaigns.

All the previous first ladies were always seen as very mild and in social work rather than political work. Fathimath Ibrahim is the one who has suddenly changed that, raising the question if she is the one controlling the whole boat. PPM MPs also praise her instead of President Yameen whenever they stand on a podium. They talk about her flair while they address rallies from the stage.

“Is Fathimath Ibrahim heading towards becoming the President?”, is a question that has been raised now. Based on of her activities, it appears that she is prepared to cross all the rough seas to achieve this goal. There are many other reasons to support this:

Firstly, while there is an office of the PPM which is controlled by President Abdullah Yameen, why is she having her own office and conducting political activities on her own? If she is so loyal to PPM there is no reason why she can’t work from the official office of PPM. There has to be a hidden agenda for her to open her own office in the name of Madam Faathun’s Office and to conduct various activities or hold rallies on her own.

All previous First Ladies did their social work through NGOs, however President Yameen’s wife, Fathimath Ibrahim has created a foundation in her own name and have been distributing various gifts to show her generosity. She is always trying to get “medals” to herself or in other words getting herself promoted.When

When we look at any activity of the First lady, what we see raises nothing but questions. See the number of trips she undertakes to the islands and a number of political activities she conducts. Is she doing all these to gain more support for her husband? Or is she doing all that to come to power on her own?

This leads us to believe that lots of changes are bound to take place in the political arena of the Maldives. Through these changes, the possibility of seeing a second Rehendhi Khadeeja is very real. A woman ruling the Maldives again is quite probable.

The next question raised is, will President Yameen will do something childish? Will he give up the throne to his wife? Whatever her intention may be, will he give the opportunity for her to promote herself on her own accord?

Do a proper research before writing about the history. If your intention is to write about Faathuma, What’s the point of writing baseless statements about Rehendhi Khadheeja. BE MORE RESPONSIBLE to be a JOURNALIST.

They have to write as ordered by RAW!! These are Indian agents with Maldivian citizenship. Maldives cannot survive as nation with significant elites work for foreign powers.