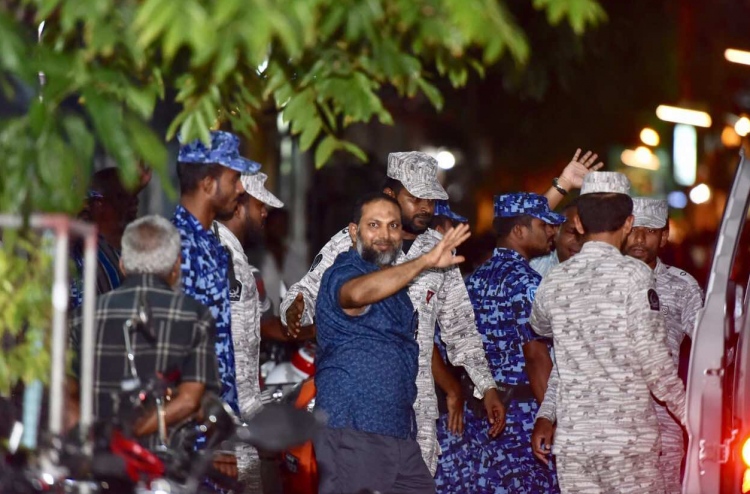 Sheikh Imran was transferred to house arrest earlier this year during the holy month of Ramadan. However, immediately after Ramadan was over, he was taken back to prison.

According to an official from the Maldives Correctional Service (MCS), the transfer is temporary. The authority revealed no further details regarding the reason or the duration of his transfer.

However, Adhaalath Party officials revealed that its leader was transferred in time for his wife to deliver their child. Sheikh Imran’s wife has given birth to a boy, the party’s official said.

Sheikh Imran is serving a 12-year sentence on terrorism charges for inciting violence during an opposition rally that took place in May 2015.

Prior to his transfer during Ramadan, the opposition leader had been serving time at a special protection unit of the Maafushi Prison, which is specially designated for political prisoners. However, after he was transferred back, Adhaalath Party claimed that Sheikh Imran was placed in the same unit with people with serious convictions such as assault and murder.

The party had raised concerns about his immunities being cut off; however, Minister of Home Affairs Ahmed Azleen maintained that it was done because he breached the agreement which placed him in the special protection unit, by giving an interview to opposition-aligned television station Raajje TV during Ramadan when he was under house arrest.