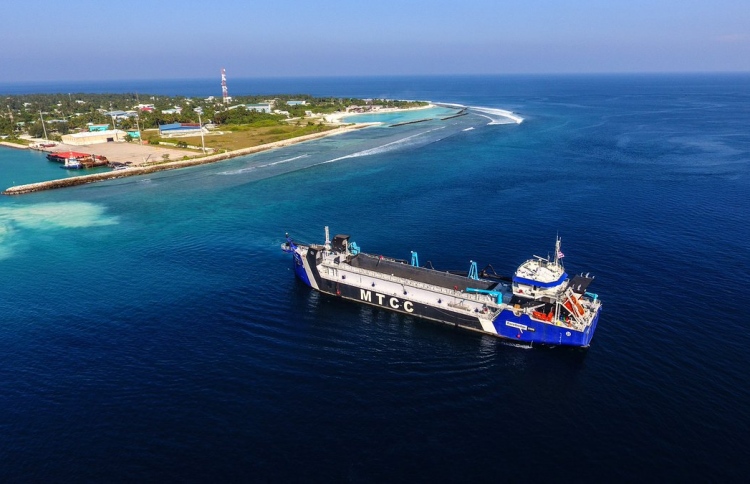 The original Dhivehi article was published on Mihaaru.com website on 27th October 2017.

There are many who are insistently saying that Haa Dhaalu Atoll’s Kulhudhuffushi island does not require an airport. However, according to the Island Council, 95% of the inhabitants are in favour of it. Therefore, let’s respect Kulhudhuffushi people’s wish. However, here is where the problem starts; even if there is no other way possible to build a domestic airport without reclaiming the island’s mangrove swamp area, and as per councilman, the Islanders would still be in support of that. 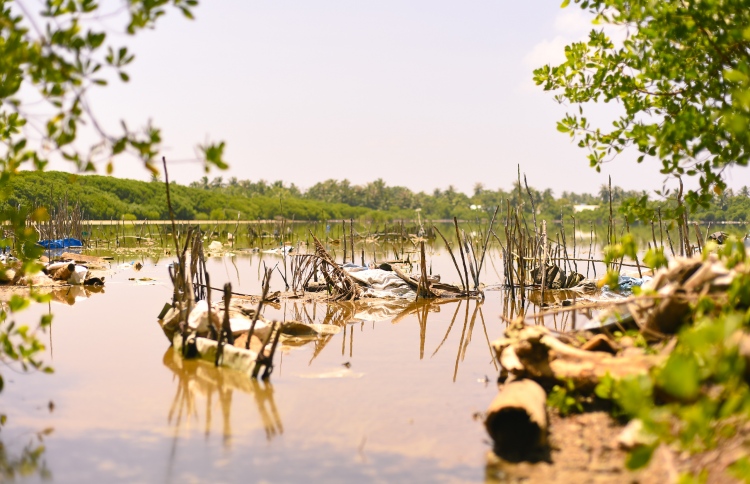 ‘The nature-lovers believe that Kulhudhuffushi mangrove isn’t just the island’s heritage. It is also an essential national heritage,’ and the sight is also important internationally. Therefore, even though, the ‘95% of the Islanders’ and those who use the swamp area to make coir rope also support for an airport to be developed there, people who are in favour of preserving the swamp are not prepared to let that happen.

There is also a way to make the airport that might please both sides.

While MTCC’s dredging vessel is already anchored in the harbour of Kulhudhuffushi and is all set to begin dredging work from next week to reclaim the 9 hectares from the 12 hectares of the swamp area. Therefore, there is no longer any hope of the swamp escaping the dredging vessel ‘Mahaa Jarrafu’. However, those who stood up against this have done their share of work to raise concern. They’ve listed and explained the reasons why an airport shouldn’t be developed by reclaiming the swamp area. And one blogger has even detailed out an alternative method to go about it without reclaiming the swamp area.

He broached up 3 alternative options that the government can consider to address the most controversial infrastructural developmental initiative that can have an adverse impact on the Maldives environment, in the recent past.

The Blogger who runs a WordPress blog under the name ‘That Maldives Blog’, believes that Kulhudhuffushi does not need an airport. His article’s title was also that. However, he says that if the government really wants to build an airport for the Islanders, they can do so without reclaiming the swamp area.

‘I still question the need to build any new airport in the north of the Maldives. Even if such a great necessity exists, it is no reason to uproot Kulhudhuffushi island’s mangrove,’ he said concluding the article.

‘With my suggestions, the government can still achieve their desired outcome (create more job opportunities and a hub for economic development) that they are looking for.’

With the blogger’s suggestions, how Kulhudhuffushi’s airport development became finalized raises questions; how was the importance of the mangrove swamp assessed, to what extent? and if the decision to proceed with developing an airport by reclaiming land from the mangrove swamp was because there was no alternative? This needs to be disclosed more than now.

It is possible that 95% of Kulhudhuffushi locals may support for an airport. However, how many are in favour of getting rid of the mangrove to pave way for that? So when they realise that it is possible to build an airport without destroying the mangrove, what would they think of it then?

A local islander’s thought is as follows:

‘I am someone who wants to have a domestic airport on this island. I am not in support of those who point out to Hanimaadhoo Island’s airport, as a solution. Most of them are those who have no idea of the burden of travelling to Hanimaadhoo,’ Ahmed Daood commented on Kulhudhuffushi.com

‘The next is the subject of the mangrove. This is the only unique white mud mangrove in the Maldives. To destroy it and to build an airport on it is also not something I also want. What I want is further research to be done to find out other better alternatives.’

Therefore, had there been such a research done? Isn’t there any other way except to get rid of the mangrove? Or that the government just doesn’t want to look for other options?

A chance for these questions came after the dredging vessel set its course towards Kulhudhuffushi island.