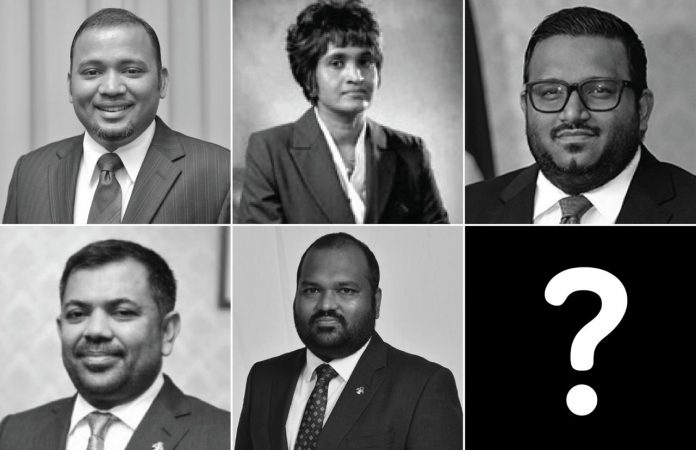 President Ibrahim Mohamed Solih dismissed Ali Waheed from his post as Minister of Tourism. He was serving the nation as a Minister for over 19 months and terminated due allegations of sexual assault to a Tourism Ministry staff, which were reported directly to the President and the Ministry of Gender, Family and Social Services. Currently, Economic Minister Fayyaz Ismail is overlooking the Ministry of Tourism.

With the termination of Ali Waheed, now the loudest debate among the public is who will be the next Minister of Tourism. The tourism industry is the biggest industry in the Maldives, whereby high expectation is demanded from whoever fills the post of the Minister. The whole country is waiting for the news.

Since the introduction of the multi-party system to the Maldives, the appointment of tourism minister position was a political appointee, which was nominated by one of the political parties. The appointment was rather selected based on their political popularity/power than the actual qualifications, experience and knowledge required for the post of Tourism Minister. In the past, some of the Tourism Ministers were not from the field of tourism. They didn’t have proper knowledge, experience and qualifications to deal with the most powerful industry in the Maldives.

Therefore, the position was the highest turnover position among the Ministers in the Maldives.

Tourism Ministers in the Maldives Since 2008

Industry professionals and the general public are expressing their concerns/suggestions about the new Minister of Tourism. Social media platforms such as Twitter, Facebook, Viber and WhatsApp groups are flooded with the Ministry news and possible names of the next Minister of Tourism.

Calls for the government to appoint the right candidate for the vacant Tourism Minister position is increasing. The public is calling the government to research and carefully select the Tourism Minister who will not betray the country and who will not abuse the power. Marketing professional, expressing his concerns on Facebook said that “I sincerely wish to see a logical, well researched and carefully vetted appointment to the Ministry of Tourism. No one can guarantee how good a person will be in a job but this is a moment of truth for our country, a time of an unprecedented crisis. The economy, thousands of jobs, businesses and the future of our children are at stake here.”

Moosa Nasih, former president of GAM, said that the new tourism minister should be someone who has knowledge and experience to implement and execute current tourism policies. Currently, Maldives tourism is in a difficult situation due to COVID-19 pandemic. In this situation, the industry needs a leader with quality and integrity. Who has a clean background, not just another political figure?

Resort Manager expresses thoughts on the suitable candidate saying that the next Tourism Minister should not be another spoiled political figure who always work for few business tycoons favour rather than working for the nation. His ideal candidate for the position is well educated but experienced professional who has the ability to take Maldives tourism to the next level.

Another hotelier, who is working in the resort belongs to the international hotel chain for over 20 years said that “Tourism Minister should be a professional who has hospitality industry background and high qualification from the field of tourism. Not just another political figure active on political podiums. By agreeing with him, Farhath Abdul Latheef, Manager of Villa Travels and Tours said that the next tourism minister should be a tourism industry professional who has experience in the industry, rather than another politician.

Ibrahim Inaz, former Resort Manager, current CEO of Jobsicle Maldives pictured his view. According to Inaz, it should be someone who understands the Maldives hospitality industry and respect the culture of the Maldives. A visionary leader who thinks out of the box, who can make long term benefited decisions and a well-spoken public figure. Someone who is honest, transparent and who respect the employee-employer relationship.

A hotel owner operating 2 hotels in the Maldives says that he was disappointed with the appointment of Tourism Ministers in the past years. There was a history of unfortunate incidents that have led to bad impressions on the Maldives tourism industry among the investors. It has also affected the destination image.

The debate for “Who is the next Minister of Tourism?” is ongoing. Social media platforms are flooded with the names suggested by the General public and tourism industry professional for the vacant Minster of tourism position. Former Tourism ministers Dr Abdulla Mausoom, Dr.Mahmood Shaugee; Dr.Ahmed Solih, Minister of State for Tourism;  Thoyyib Mohamed, Managing Director of MMPRC;  Presidents office Under Secretary, Mohamed Mabrook Azeez, are the some of the hot names rumoured on social media and local newspapers as a next Minister of Tourism.

In the past years, Tourism Minister position was a powerful position in the country, and in relation with power, there were several misconducts witnessed by the country which resulted in huge financial loss and destination image of Maldives.

Therefore, the whole nation is impatiently looking for a Tourism Minister who will not abuse his/her power, and work with integrity. A candidate who has a good record of honesty and integrity. An educated person who is not in a deep pocket of a political party or a business tycoon.