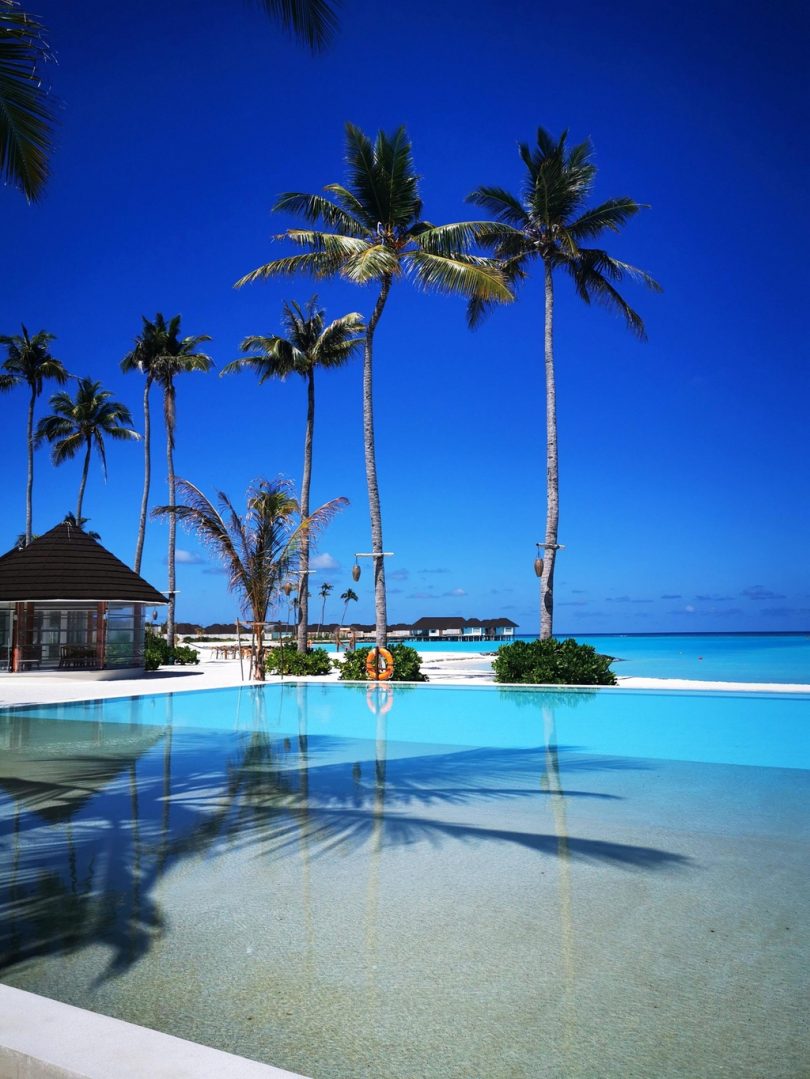 If there was one place you could choose to be stranded as a global pandemic wreaked havoc, a remote island in the Maldives might top the list.

But Heba Hashem and Olufemi Adefowoba’s week in paradise turned into a 105-day ordeal as their hotel bills piled up and they stuck to a nationwide lockdown.

The pair travelled to Paradise Island Resort & Spa in Lankanfinolhu North island on March 16 – three days before the UAE closed its borders – and were to return on March 25.

During the next three-and-a-half months they would change hotels three times, sleep in an empty airport for five days and hire a private plane with five others to leave the Maldives.

In hindsight, I probably should have listened to my parents and not travelled at all in the middle of March

“In hindsight, I probably should have listened to my parents and not travelled at all in the middle of March,” Ms Hashem, 40, a journalist in Dubai, told The National.

Their extended holiday ended up costing Ms Hashem more than Dh50,000, which they raised from parents and put on credit cards.

“I had to borrow money from my dad and max out my credit,” she said.

Ms Hashem first knew they were in trouble when the UAE closed its borders on March 19, followed by the Maldives on March 27.

“We were shocked and started to panic,” she said. “We looked at each other and said, ‘What are we going to do now?’

“We couldn’t even move to a cheaper hotel because the government there had issued a law that tourists could not move between resorts in case they would spread the virus.”

On the day of their cancelled return flight back home, they decided to try their luck and show up at Velana International Airport on Male, the Maldivian capital.

The Maldives government arranged special $100 per night rates for stranded tourists, allowing guests to arrange to pay some of the amount owed once they returned home

They ended up staying at the airport for five days, hoping for positive update, sleeping on plastic chairs until the second day, when they were moved to an airport lounge with sofas.

Without any luck at the airport, the Ministry of Tourism transferred Ms Hashem and Mr Adefowoba, 38, to the Olhuveli Beach & Spa, an island resort that the government had turned into an isolation facility for stranded tourists.

This would be their new home for the next 87 days.

When they arrived at Olhuveli on April 2, there were about 200 tourists from around the world with them at the resort, including a dozen from the UAE

“In the beginning we were flying,” said Ms Hashem.

“We were relaxed because we knew we weren’t going to get kicked out and we really thought this was the start of our actual holiday – it was heaven.”

Ms Hashem and her partner had the opportunity to snorkel with Maldives’ famous spinner dolphins and nurse sharks, a highlight of their trip.

They were given an over-water bungalow for a discounted rate of $100 (Dh367) night as they waited for updates on how and when they could leave.

The resort asked for two weeks’ worth of payment in advance and had the guests sign a form that they would repay the remainder of the amount for their stay later.

The nature of her job allowed Ms Hashem to work remotely from the resort, although assignments were few and far between.

The resort’s DJ worked to keep everyone’s spirits up, and stranded Russian tourists were the most cheerful among the group, dancing into the early hours of the morning.

“The thing that really frightened us was when a group left,” said Ms Hashem.

She said every week or two there would be a repatriation flight that would pick up a batch of tourists who were of the same nationality.

“When you’re forced to be somewhere and you don’t know when you’re leaving… you stop appreciating the beauty around you at one stage,” she said.

Aside from repatriation flights, the only other way to leave the island was through privately operated chartered flights to nearby countries such as Sri Lanka.

The feeling of finally being back in Dubai was indescribable, it’s something I’ll never forget

It was not until they managed to track down a chartered plane from Maldivian Aero that the opportunity finally arose to leave the island. Ms Hashem negotiated a rate of USD$2,000 (Dhs 7,346) per person for her and five others to fly from the Maldives to Colombo.

Then Emirates Airline opened up a route from the Sri Lankan capital to Dubai twice a week.

On June 28, Ms Hashem, Mr Adefowoba and four other tourists boarded a chartered airline from the Maldives to Sri Lanka, ending their stay at the Olhuveli Beach & Spa.

Once in Colombo, they had to wait for four hours before securing all the necessary paperwork and getting on an Emirates Airline flight back to Dubai.

“I knew I was home when the heat-blasted my face after we exited the airport,” said Ms Hashem.

“The feeling of finally being back in Dubai was indescribable, it’s something I’ll never forget.”

She said being stranded for three months away from home with her partner has also improved their relationship.

“We got closer to each other because we learnt things about one another that probably would have taken us 10 years to learn as a couple,” Ms Hashem said.

With tens of thousands of UAE residents still stranded abroad, she said the only advice she can give them is to stay positive and take as much as possible from their situation.

“Everything happens for a reason,” she said. “There’s always a silver lining to every situation even though it might be difficult to see it now.”