The whereabouts of one of the suspects charged with terrorism over the abduction of Maldives Independent journalist Ahmed Rilwan are unknown, Mihaaru has found out.

Three years after the journalist was forcibly disappeared, the Prosecutor General (PG)’s Office has forwarded terrorism charges to the Criminal Court against Alif Rauf of capital Male, Mohamed Noordeen of Gaafu Dhaalu atoll Vaadhoo island, and Mohamed Suaid from Hulhudhoo in Addu City. They are indicted for kidnapping or abduction of persons under the Prevention of Terrorism Act.

Out of the three suspects, Mohamed Suaid, who had been in charge of tailing Rilwan prior to his abduction, is nowhere to be found. He was one of two suspects arrested in April 2016 in connection with the case. However, the court had soon released them from remand, after which Suaid fled the country, according to Maldives Police Service. 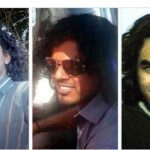 While rumours claim that he departed to fight in the ongoing civil war in Syria, Rilwan’s family allege that certain prominent figures of the current administration had aided Suaid to flee. The family’s accusation is echoed by the opposition, which claim that the kidnapping was orchestrated by jailed former Vice President Ahmed Adheeb. However, the former VP had denied the accusations.

Of the three individuals, suspect Alif Rauf is the brother of Azlif Rauf, who was accused of murdering the former Ungoofaaru MP Dr Afrasheem Ali in October 2012. Police had confirmed that the red car that witnesses reported seeing at the scene of Rilwan’s abduction in reclaimed suburb Hulhumale also belonged to Alif.