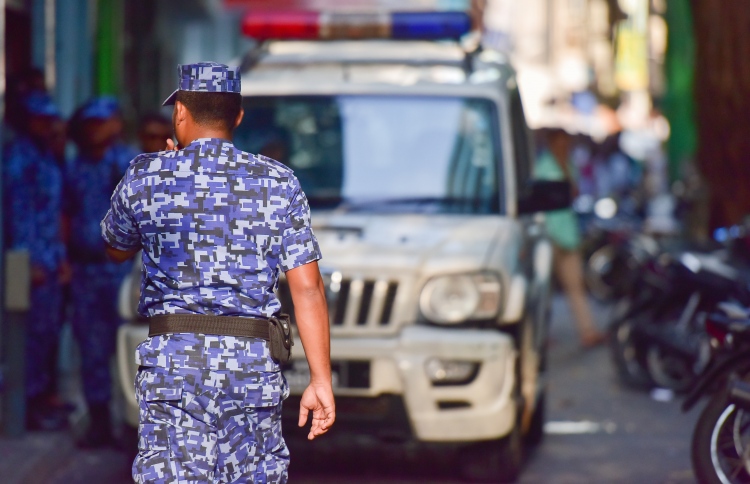 Police officers on duty: two individuals were stabbed in the capital Male on November 14, 2017. Police arrested a group of people in relation to the stabbing hours after the incident occurred. PHOTO / MIHAARU

The police have taken a group of suspects into custody in relation to the stabbing incident that took place in the capital Male on Tuesday evening.

While the police did not disclose any details of the individuals who were arrested – including the number of people who were taken in to custody – they did reveal that the arrests were made from a house in Maafannu ward in a special operation that they had conducted.

The two individuals were stabbed on Fareedhee Magu on Tuesday evening. Witnesses claimed that they were completely covered in blood when they were rushed to the hospital.

State-run Indira Gandhi Memorial Hospital (IGMH) on Wednesday revealed that the victims of the stabbing were a 20-year-old and a 21-year-old. According to the hospital, the 20-year-old had to undergo a major surgery as he had suffered traumatic injuries to his stomach, while the older victim was stabbed in his side, near his ribs.

IGMH assured that both are recovering. The younger victim is being treated in the ICU.