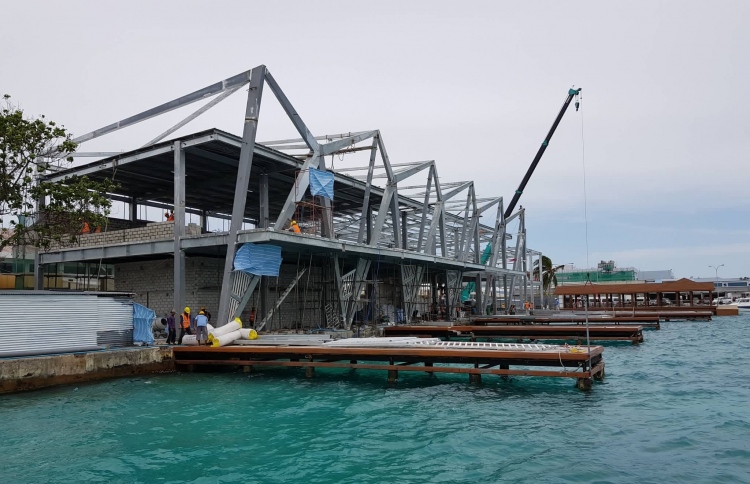 Ongoing construction of the new building at VIA’s waterfront, to house the new range of franchise restaurants.

According to a MACL official, the final proposals from the interested parties, to operate restaurants in the newly built waterfront area of the airport, will be submitted by Tuesday

Interested parties include local companies with the license to operate franchise restaurants and international companies. The agreements will be signed by next month with plans to operate four to five new restaurants, though the opening date will only be determined after the final proposals are submitted.

The new food and beverage area will be housed in a building of 14,000 square feet located near the arrival jetty. The steel framework of the building is being constructed by a Singapore based company. With the new F&B outlets MACL is also developing a jetty close to the new arrival terminal.