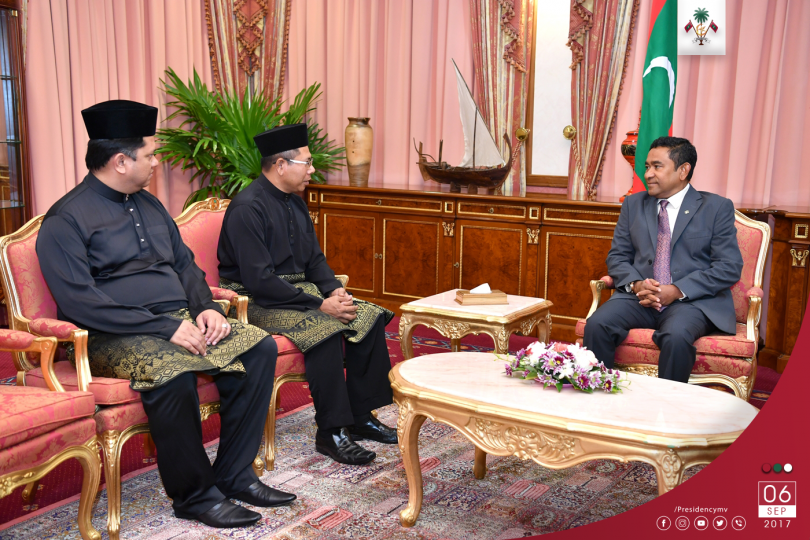 The Non-resident Ambassador of Malaysia, His Excellency Wan Zaidi Bin Wan Abdullah presented his Letter of Credence to the President Abdulla Yameen Abdul Gayoom, this morning, at the President’s Office.

At the ceremony, the President welcomed the Ambassador to the Maldives and congratulated him on the commencement of his term.

During the call, the President conveyed greetings and good wishes to His Majesty the King and His Excellency the Prime Minister of Malaysia and highlighted the long history of excellent relations between the two countries. The President also emphasized the high importance the Maldives attaches to its relations with Malaysia. In addition, the President expressed hope that the Malaysian private sector would seek investment opportunities in the Maldives, especially in the tourism industry.

The call concluded with exchanges of confidence and hopes to elevate the relations to new heights during the Ambassador’s tenure.