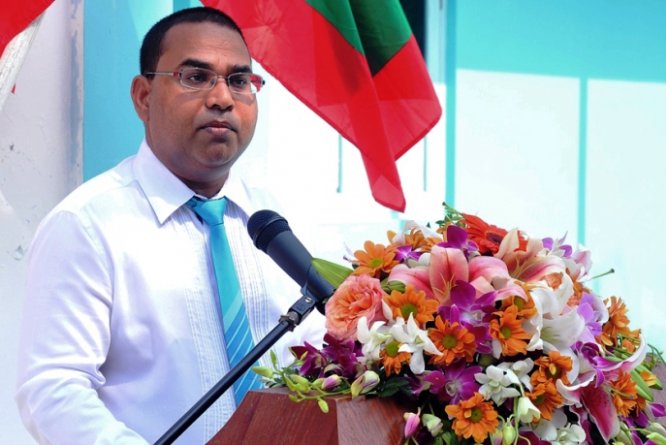 The original Dhivehi article was published on Vfp.com website on 29th March 2017.

Now the most talked about news with the freezing of Villa Shipping and Trading Company’s Bank accounts on the eve of the impeachment vote of Speaker of Majlis Abdulla Maseeh, is Maldives Inland Revenue Authority (MIRA) Commissioner General of Taxation Mohamed Yazeed’s term has expired but he continues to serve after self-extending his term.

It is clear that the Commissioner General of Taxation is a Board member from the Tax Administration Act and MIRA’s Board’s term is 5 years.

While things are like this, when MIRA’s first term expired, no one was appointed as Commissioner General.This has resulted in the Commissioner and his Deputy holding the positions for life.

However, many people believe this isn’t how it should be, as the reason behind allotting a term for such independent institutions is to ensure that when the term has expired the previous term’s matters can be reviewed and to prevent room for corruption.

Likewise, Anti-Corruption Board, Auditor General’s Office and Human Rights Commission are institutions where members has allotted term of office.

Some people believe that Commissioner General of Taxation becomes a Board member with the status of being the Commissioner.

Under Section 4(h) of Tax Administration Act – The Board shall appoint a Chairperson and a Deputy Chairperson from amongst the members of the Board.

If this is the case, as a rule, if the Board’s term expires, so will the Commissioner’s term.

However, the reality is that the Commissioner is still the Chairperson of MIRA. It is stipulated in the Tax Administration Act that appointees to the Board shall hold their membership for a term of 5 years.

Section 4(g) Tax Administration Act – Appointees to the Board shall hold their membership for a term of 5 years. All members, with the exception of those members who are removed in accordance with Section 5 of this Act, may be reappointed for another term.

Since MIRA is a body that deals with a large cash inflow on a regular basis, and when the head of MIRA can have extensive relations with businesses, he is capable of allowing those businesses to gain many benefits, if it becomes a permanent post then it’s apparently anything but a license for corruption and opportunism.

Besides MIRA’s Commissioner General of Taxation’s term expiry issue, the other important issue to note is that to monitor Commissioner’s work and to advise him is also Commissioner himself. Many people believe that this shouldn’t be the case in any system of good governance.

Isn’t it the sole purpose of him being the Chairperson of the Board by self-appointment to disallow the Board to monitor his work and have no power over him? When the Commissioner is the head of both MIRA and the Board, doesn’t lead him to become venal? Doesn’t it also look like it is very much planned and done so to minimise the powers of the Board?

However, the question is, when such things are happening, where are the oversight institutions and the people?