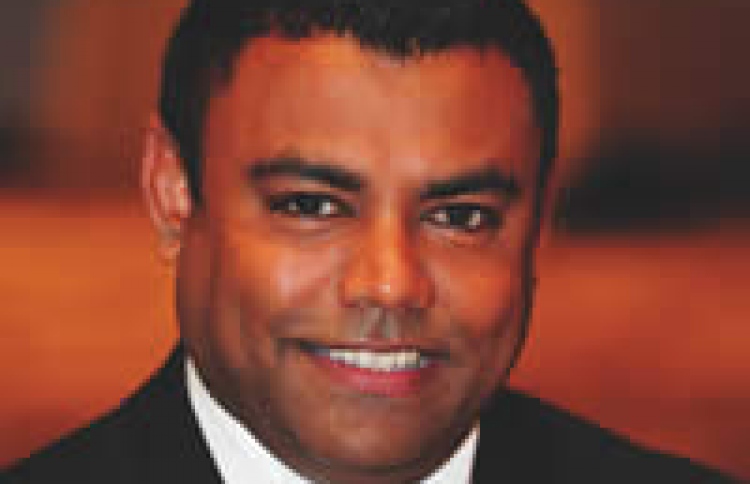 Former principal of Hiriya School, Ali Nazim, who drowned while trying to rescue four students during an excursion in September 2011.

Ghiyasuddin International School has launched a special award to honour the late former principal of Hiriya School, Ali Nazim, who drowned while trying to rescue students during a school excursion in 2011.

The “Late Nazim Memorial Award” was introduced to appreciate the works of outstanding employees at Ghiyasuddin School. It was awarded in a special ceremony late last month to the school’s deputy principal Shirumeena Faheem. She was also presented with a cash prize.

The school’s principal Thoha Saleem declared that Ghiyasuddin took the initiative as, to date, nothing else had been done to honour the memory of the heroic Ali Nazim.

Ghiyasuddin’s principal is in charge of deciding the recipients of the Late Nazim Memorial Award. According to Thoha, the quality of the employees’ work over the previous year will be taken into account in the evaluation.

Thoha had studied with the late Nazim at the former EPS school. He described Nazim as a studious, disciplined and diligent student.

“He was calm and very intelligent; he would also help out the other students. We studied together from grade two to ten. And we had been working professionally together since then,” said Thoha.

He highlighted that Nazim had given his life while trying to rescue drowning students during the ill-fated school trip.

“I was on the team put together by the [education] ministry to investigate that tragedy. We know he was trying to save the lives of the students over his own. Nazim had been trained as a lifeguard. He could have saved himself; but he chose to save his students instead.”

The incident occurred in Kaafu atoll Huraa island on September 9, 2011 during a fisheries science field trip, a component of which included snorkelling. Nazim had died trying to rescue eight students that were allegedly unable to swim and had panicked when they found themselves in a deeper area of the lagoon. He rescued four children before he drowned. According to sources, the panicked students had grabbed Nazim and he was unable to save the remaining children.