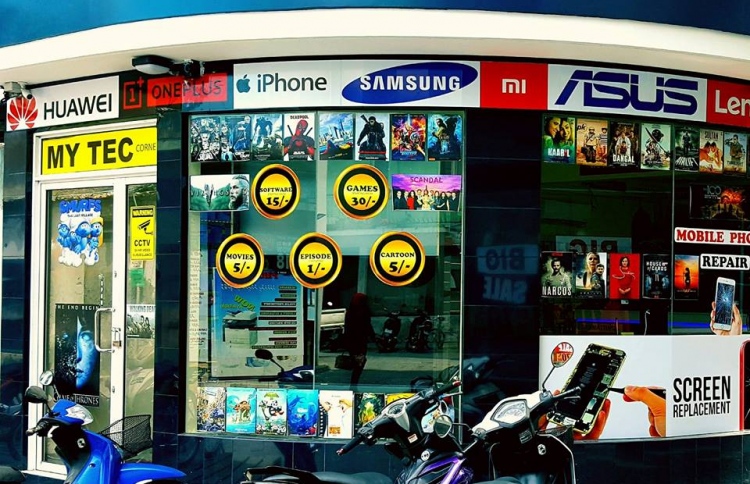 “Mobile Corner” shop in Maafannu ward in the capital Male that was robbed early on November 23, 2017. MIHAARU PHOTO

A shop in capital Male was robbed early on Thursday morning, which resulted in a loss of over MVR 200,000, including the damages caused to the shop, an employee revealed.

“Mobile Corner” in Maafannu ward of the capital was robbed after the culprits broke two of the three locks on the shop’s door, and broke the glass door surrounding the shop that is located at a busy junction in the area.

The employee of the shop who spoke to Mihaaru said that he believed that the robbery was premeditated as the culprits had “robbed the [shop] with great ease.”

They had stolen several phones, chargers and other gadgets, along with MVR 6,000 from the shop’s cash register.

They had even vandalised the shop and damaged several machines in there, he added.

The police said that the incident was reported at around 4 a.m. on Thursday morning.

On November 15, a shop located in the same area in Maafannu ward that sells fitness equipment, “Athletica,” was also robbed and a total of MVR 42,000 was stolen. While the incident was immediately reported to the police, no arrests relating to the incident has been made yet.