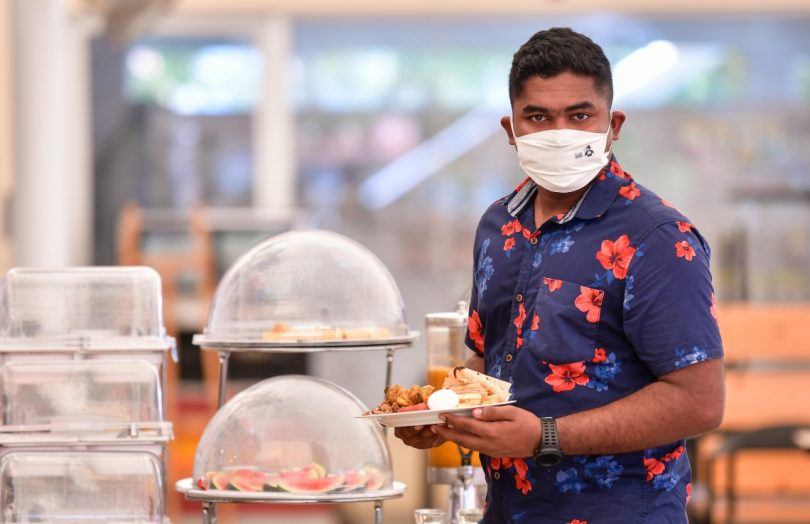 The Restaurant Association of Maldives (RAM), on Wednesday, released a statement asserting that it had no intentions to undermine the operation of local home-based cooks in the Maldives.

RAM clarified that its discussions with the Health Protection Agency (HPA) and the Ministry of Economic Development were aimed to address concerns regarding “several thousand foreign-owned businesses” which operated outside established laws and regulations. The association stressed that such outlets failed to adhere to general cleanliness requirements and were managed with no local participation.

“If we cannot do this now [regulate expat-owned businesses], the entire industry might be taken over by foreigners”, read RAM’s statement.

RAM went on to describe home-based vendors, particularly those run by women and families, as a key part of Maldives’ food industry, in addition to cafe’s and restaurants.

Expressing satisfaction at the success and popularity enjoyed by micro-businesses, RAM acknowledged that a variety of products from such vendors, including traditional Maldivian dishes, were purchased in bulk by larger-scale cafe’s and eateries, to be sold at a benefit to both parties.

However, the restauranteurs association highlighted that COVID-19 safety guidelines concerning the preparation and sale of food products had caused certain disruptions in the aforementioned arrangement.

In order to resolve such difficulties, RAM asserted that the association had suggested, during meetings, that relevant authorities compile a registry of businesses and facilitate the implementation of a uniform set of guidelines.

Overall, the RAM expressed that its purpose was working for the mutual benefit of all cafe’s, restaurants and outlets operating in the local food industry by providing technical advice, carrying out training sessions and conduct discussions with relevant authorities to address potential issues.

The association reiterated its support for home-based cooks and assured that it would continue to work for their continued success.

RAM released its statement amid heavy public criticism concerning HPA’s announcement that measures would be taken against all food vendors and micro-operations preparing and delivering food and beverages unless they immediately registered their services with relevant authorities.

Several raised concerns that the decision, confirmed by RAM as having been reached following meetings with the association, disproportionately affected women and single mothers who are selling home-made food and beverages in order to stay afloat amidst the financial recession, after suffering job loss, unpaid leave or pay cuts due to the ongoing pandemic.

Many accuse that HPA’s decision was influenced by RAM, and imposing a difficult guideline with a strenuous registration process on micro-businesses was a deliberate move to “wipe out the competition” amid the increasing popularity of home-based cooks and bakers.

Nevertheless, a viral screenshot allegedly from RAM’s Viber group, depicting members celebrating HPA’s decision, where a restauranteur was seen saying “RAM must push HPA in this tempo to eradicate unregistered online food vendors”, had over the course of the last few days, resulted in widespread public outrage.

According to HPA, the implementation was intended to address health and safety concerns, after receiving multiple complaints of unregistered food and beverage services conducting deliveries and advertising through online platforms.

Shortly after RAM issued its statement, the Ministry of Economic Development clarified that home-based workers or self-employed individuals are exempt from HPA’s announcement regarding all food vendors.

Speaking at the Health Emergency Operation Centre (HEOC)’s press conference, Visam highlighted that as per Section 9 (a) and (b) of the Business Registration Act, selling products or providing services at home to sustain one’s own livelihood without employing any additional individuals is exempt from registration.

In reference to the people’s uproar, the Ministry of Economic Development’s Registrar of Companies, Mariyam Visam asserted that HPA’s notice had been misinterpreted.

Despite the clarification, some citizens affected by the announcement have claimed on social media that upon reaching out to HPA, the agency confirmed that the regulation would be implemented against home-based individuals as well.