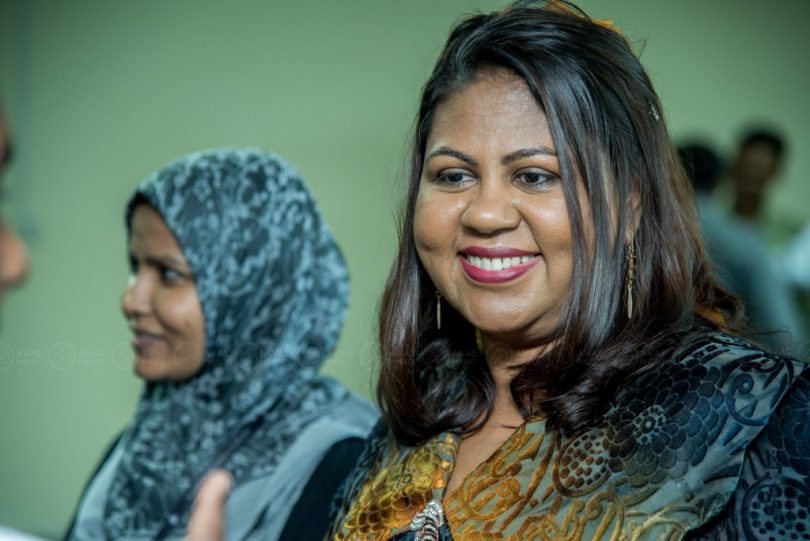 The original Dhivehi article was published on Avas.mv website on 16th August 2017.

During Dr Azeema Adam’s tenure as the governor of central bank of the Maldives – Maldives Monetary Authority (MMA), it was marred by allegations directed at MMA. A 1.2 billion Rufiyaa embezzlement scandal inside the government surfaced, and black money accusations were aimed at MMA.

Even in Al Jazeera’s investigative documentary ‘Stealing Paradise,’ there were huge allegations of MMA laundering black money. The allegation was of flying in cash to ‘invest’ 1.5 billion US dollars, to pass it through to MMA and to transfer the money back out. However, MMA rejected these claims. The report also revealed text message exchanges between former Vice President Ahmed Adeeb and Dr Azeema. Dr Azeema, however, did not respond to this directly. MMA later released a statement denying the allegations, stating it all as just fabrications.

When black money accusations surfaced, Dr Azeema kept denying it, however, due to other government odious corruptions, criticisms still kept coming at her. In the Maldives Marketing and Public Relations (MMPRC)’s scandal, when the audit report revealed government institutes were involved in it, the opposition claimed MMA had a major stake in it.

After a recent speech of President Abdullah Yameen Abdul Gayoom during an inaugural ceremony of PPM’s activity hub, MMPRC’s corruption scandal is back in the spotlight. President also mentioned about a ‘black money’. When President himself has also admitted on happenings of such large-scale corruptions, calls for an independent investigation is continuing.

Amidst accusations of senior government officials partaking in this corruption scandal along with Adeeb, Dr Azeema has resigned and is all set to leave abroad. Dr Azeema decided to leave when her husband Dr Ali Naseer Mohamed became appointed Permanent Representative of Maldives to the United Nations, New York. The opposition called it as ‘fleeing’. To a previous ‘fleeing’ accusation she responded, ‘Not planning on fleeing. There is also no plans for moving abroad.’

When huge allegations are made against President Yameen, calls for an independent inquiry are ongoing, Dr Azeem having packed up, without revealing what she knows as the MMA Governor, people are strongly calling against her shift to live abroad. President Mohamed Nasheed has also called on her to give a statement on the issue.

It is understood, that Dr Azeema will be leaving to the United States, tonight.

After filling a highly respectable and colorful national post, Dr Azeema, who provided several services to the country, will be best if she leaves the Maldives after clearing out the doubts of the Maldivian citizens. Only then can her services be written in gold in the Maldives’ history.