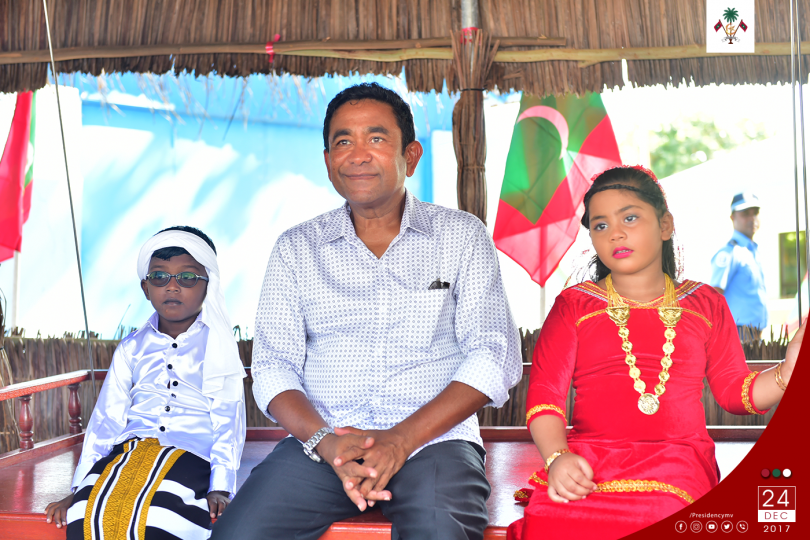 President Abdulla Yameen Abdul Gayoom has arrived in Holhudhoo Island of South Miladhunmadulu Atoll this afternoon, as part of his current visit to some islands of South Miladhummadulu, Faadhippolhu and South Maalhosmadulu Atolls.

Upon arrival, the President was warmly welcomed by the island’s community.

During his visit, the President will inaugurate the harbour of Holhudhoo Island.