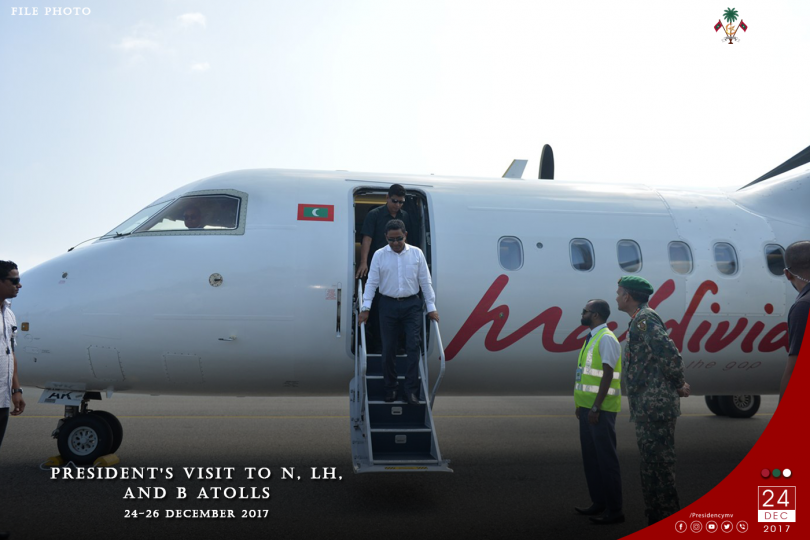 The President is currently on a three-day visit to South Miladhunmadulu Atoll, Fadhihpolhu Atoll and South Maalhosmadulu Atoll.

During his visit, the President will take part in ceremonies held to mark the completion of government projects, and inaugurate key projects in the islands as well.