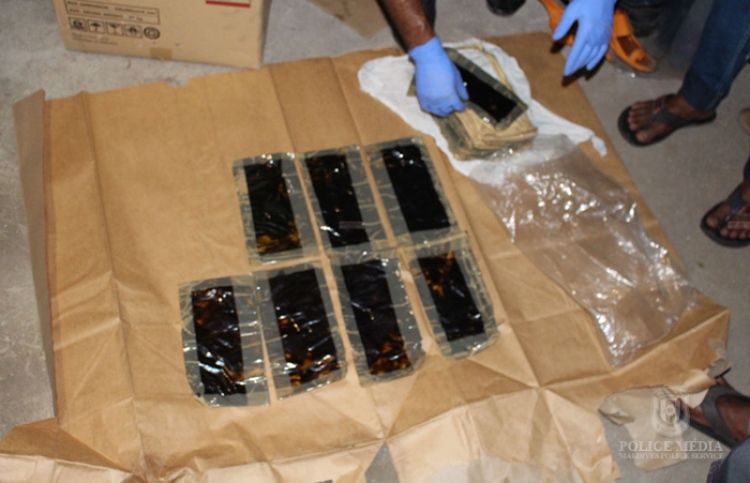 Police announced that they have arrested two people and seized over seven kilograms of drugs after a raid on a godown.

In a news conference held last Thursday, the Head of Maldives Police Services’ Drug Enforcement Department, Superintendent Moosa Ali, revealed that the drugs seized during the operation are estimated to have a market value of over MVR 10 million.

The people arrested are a 44-year-old Maldivian and 32-year-old Bangladeshi citizen, who has been remanded for fifteen days. The 44-year-old had had a previous sentence for a drug-related case and was out on parole at the time of arrest.  However, the police did not disclose any further details on the person.