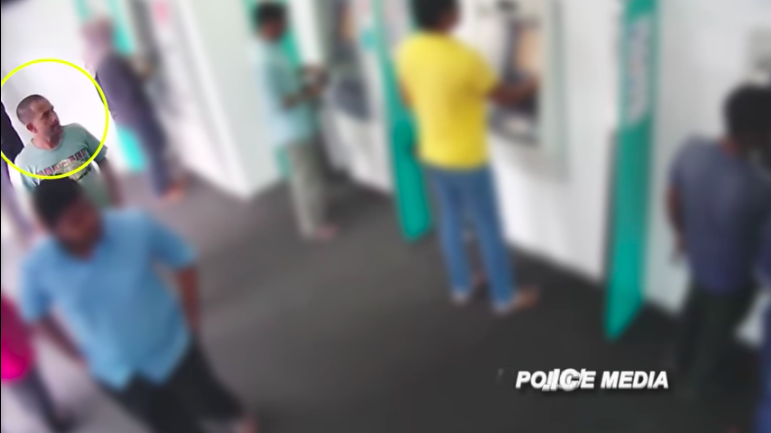 From the footage released by the police — a man is seen retrieving money deposited by another individual after the ATM rejected his money.

Maldives Police Service revealed on Tuesday that it is looking for a man who stole money belonging to someone else, that was left in a Bank of Maldives (BML) ATM.

The incident took place at the BML’s Islamic Bank ATM situated in front of Male’ Commercial Harbour after the ATM had rejected the deposited notes. Police are currently investigating this theft and have released video footage of the incident.

In the video, a man in a yellow t-shirt is seen depositing money, when a second man enters the ATM and stands behind him in the queue. Assuming that the money has been deposited, the man is then seen departing.

However, when the money gets rejected, the following customer retrieves it from the machine, looks sideways to see if the owner is within vicinity but makes no effort to return it.

The accused is evident in the video made public by the police. His entry into the ATM is also clearly visible.

Machines are generally known to reject money due to issues with certain notes. Most people leave an ATM once the withdrawal and deposit of cash have been completed and ascertained.

In addition to making the video public, police have also appealed to those who know of information relating to the man who stole the money, to call their hotline (3322111) or their general investigative number (9631696).