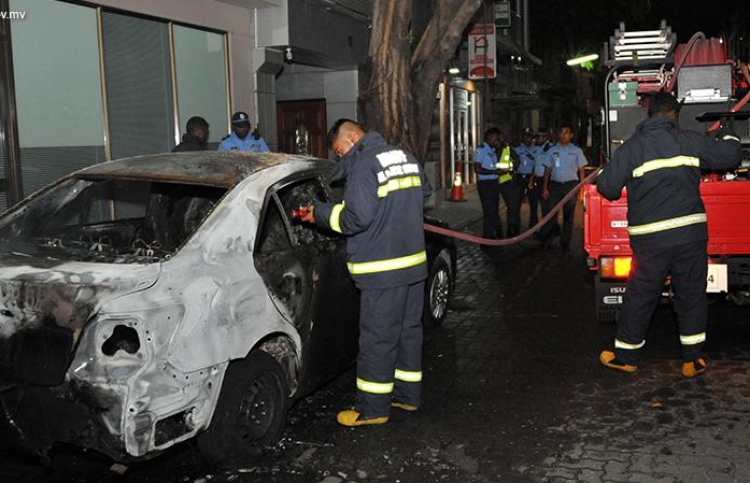 According to the police, the arson attack took place at around 3:00 a.m. whilst it was parked in Henveiru ward of capital Male City.

The police suspect that the official government vehicle was torched as a “warning” to the PG – although they did not elaborate on what the warning might have been.

The police also revealed that two individuals driving by on a motorbike were responsible for the attack.

Bisham said that the car is usually parked in the PG Office’s garage. However, as the road in front of the PG Office is being levelled and currently closed for all vehicles, the car had to be parked in a common parking area in front of First Lady Fathmath Ibrahim’s former campaign office in Henveiru, she said.