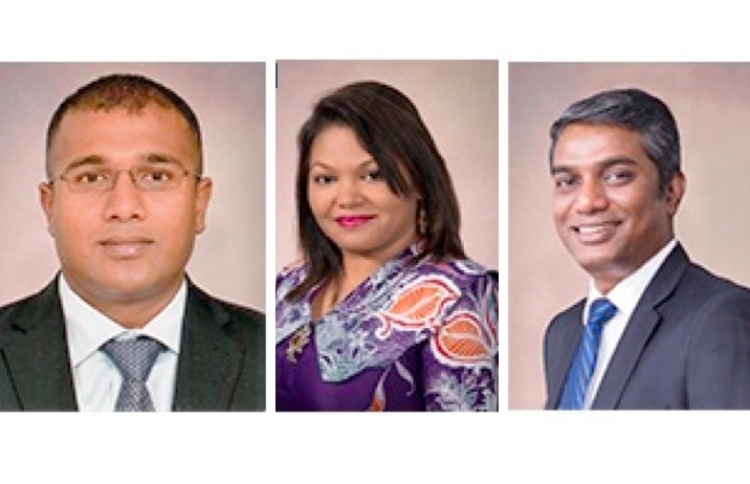 The new members appointed to MMA’s Board of Directors (L-R): Ihsan, Idhuham and Janah.

Ali Ihusan had been filling the post of general manager at local business Happy Market after retirement from MNDF. His father, Ibrahim Didi, is the lawmaker of Feydhoo constituency, and is known for having a close relationship with President Abdulla Yameen.

Also known for his connections with Yameen, Janah had been the chairman for Hotels and Resort Construction (HRC) until now.

Apart from Janah and Ihusan, assistant governor Idhuham Hussain was also appointed to the board. Governor Ahmed Naseer, along with the newly appointed three, make up the board of central bank.

Idhuham was appointed to replace the former Assistant Governor Neeza Imadh who had retired. Janah would be replacing former minister and shareholder of Sunland, Hussain Hilmy. Ihusan is the successor of former Maldives Association of Travel Agents and Tour Operators’ (MATATO) president, Abdulla Giyaas.

In addition to the new appointees, deputy finance minister Abdul Haleem Abdul Gafoor is also a member of the board. No one has yet been appointed to replace economic minister Mohamed Saeed, who was a board member previously.

It can be noted that this new selection sets apart from the usual trend of having government ministers among board members.