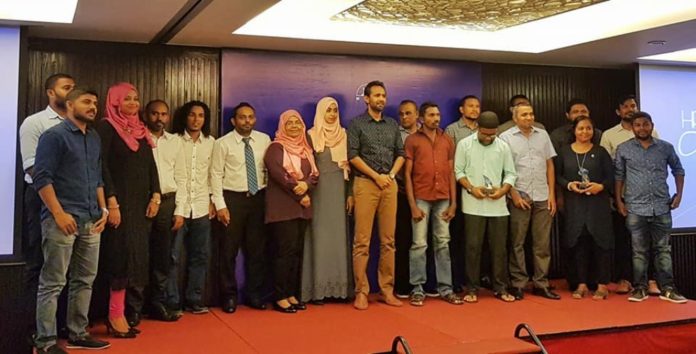 A ceremony to appreciate and recognise staff performance of the company, “HR awards 2017” was held by MTCC in Hotel Jen on the 12th of October 2017. MTCC continues to recognise the hard work by their staff regularly awarding them in the past as well.

This year’s ceremony was held for awarding recognition to staff for long years of service and to staff who are retiring this year. Additionally, it was also to officially award scholarships to staff under the Human Resource Development program.

Long years of service was awarded to 23 staff under 3 categories and retirement award was given to 10 staff. Plus 10 staff were awarded scholarships. From 2001 to 2016 more than 50 staff have been awarded scholarships to foreign universities in order to be trained in different areas. Furthermore, opportunities have also been recently
opened for staff who would like to study in Maldivian universities.

MTCC see their staff as the company’s most important asset and various programs have been conducted in order to develop staff skills and improve the work environment within the company. Multiple types of training are conducted both in Maldives and overseas each year. MTCC is very proud of their educated and capable workforce which is critical for the company’s success.