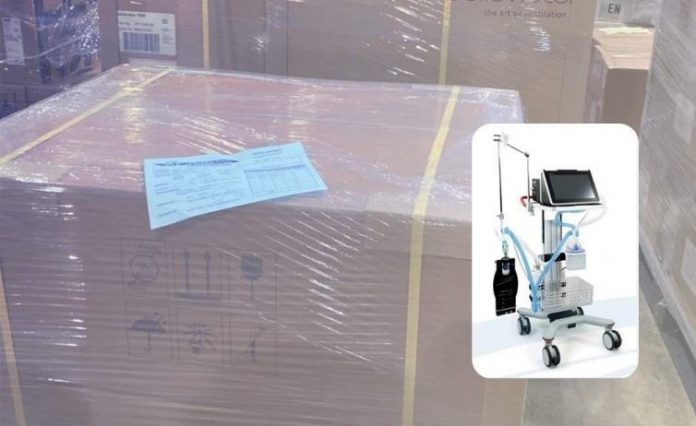 Photo of a ventilator imported by Medtech

These are the 20 more ventilators that had been imported after the company was awarded a contract to import 50 ventilators. Medtech has previously imported 20 ventilators. 18 were imported on the 10th of May, 2020.

According to Mohamed Firaq, 20-unit ICU ventilators will have been airlifted to the Maldives today (12th August 2020), morning with the support of Srilankan Airlines. He states that this airlift of ventilators is an urgent flight to Male’.

The 20 ventilators that were imported earlier, were said to be produced by a US company, GE Healthcare, and Swiss company IMT Medical. The company has been rated among the top companies and is approved by the US FDA in the production of medical equipment.