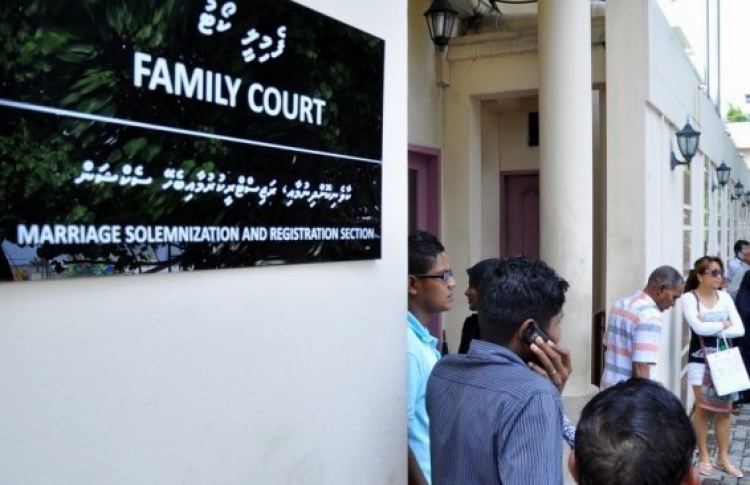 People pictured in front of the Family Court in Male. PHOTO/SOCIAL MEDIA

There was an increase in the number of marriages and divorces registered in the month of July compared to the corresponding period last year, statistics show.

According to the statistics released by the Department of Judicial Administration (DJA), 556 marriages were registered last July while 411 were listed in July last year.

Meanwhile, the number of divorces in July show an annual increase of 24 percent with 280 divorces registered, compared to 225 in the corresponding month in 2016.

Earlier statistics also show that the number of marriages and divorces had increased in the first half of 2017 compared to last year.