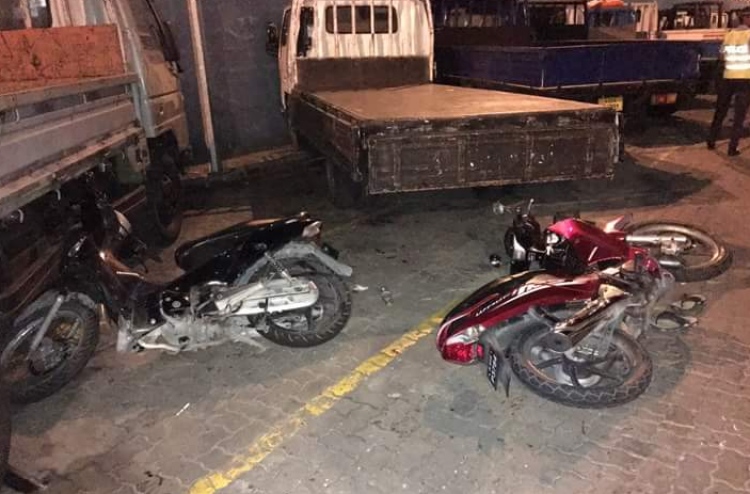 A young man was severely injured on Monday night after he drove into a wooden plank that was protruding out of a house in the capital Male.

According to the police, the incident occurred near a house in Henveiru ward of Male.

The man had broken a bone on his face, and had severely injured parts of his face, the police initially revealed.

He was taken to ADK Hospital to be treated and it was later revealed that he had to undergo a major surgery on his face.

His family told Mihaaru that he is still being treated at the intensive care unit, but that he is recovering.

The police suspects that the man had lost balance after hitting the plank and went skidding down the road, which caused the injury to his face.

The man’s motorbike was also badly damaged, the police said.