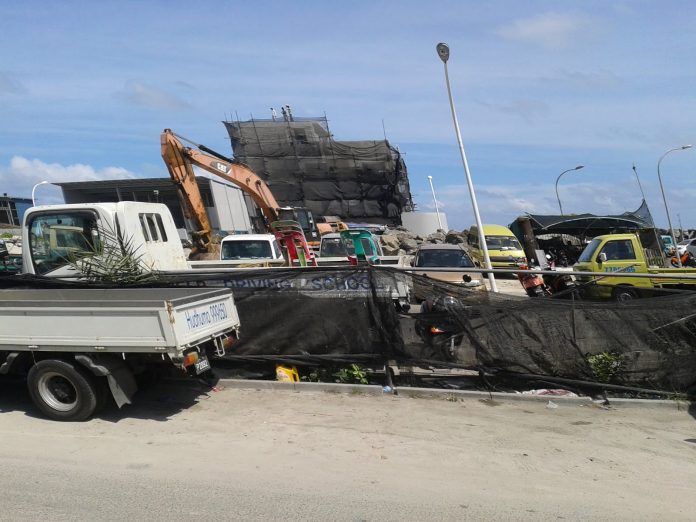 Male’ city council has requested the owners of vehicles parked in the industrial village area of male’ city to move the vehicles. City Council calls for owners to remove vehicles in the Industrial Village after a cleaning operation in the area was commenced.

Details of the Vehicles in the Industrial Zone:

Parked vehicles in the area are to be removed within seven days from the 18th of June. If not, the vehicles will be removed by the Council and Police. The Council will not be responsible for any damage sustained during the operation to remove the vehicles.